Embedded in Our History

Incheon China Town
Incheon Chinatown. It is advisable to take the subway instead of buses or getting behind the wheel.
Take the Line 1 toward Incheon, and get off at the last stop.
There is an express line which terminates at Dong-Incheon Station right before the last station.
Rather take an all-stop train and enjoy the scene of Incheon.
Unlike the subway in Seoul, it runs on the ground. Looking out the window, you can appreciate the slowness on your way to the Chinatown. 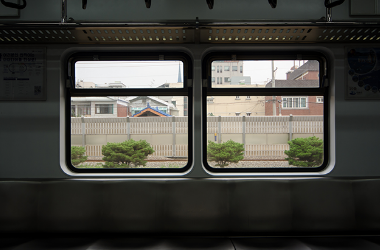 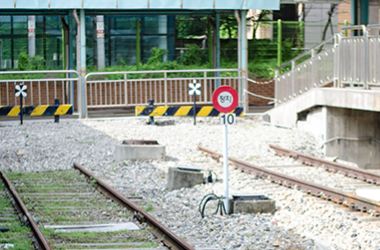 Upon the arrival at Incheon Station, walk along the train-line instead of going out immediately.
You can see the end of the track, which can make you thought your journey through life.

You don’t have to ask someone or google the map to reach the Town.
A big pai-loo the reads Chinatown stands right across the street.
Pai-loo is a traditional Chinese gate that is set up at the entrance of towns.
There are three pai-loos in the Town.
The first one, “Junghwaga” is what you are looking at.
The second is“Inhwamun” at the Korean-Chinese Cultural Center,
and the last,“Seonlinmum” at Jayu (Freedom) Park.
They are three apexes of the Town.
You are to look around the whole Town, if you see all pai-loos. 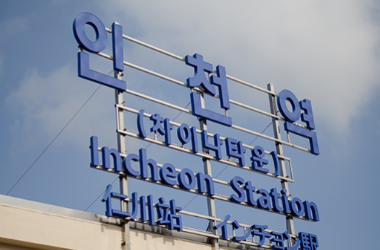 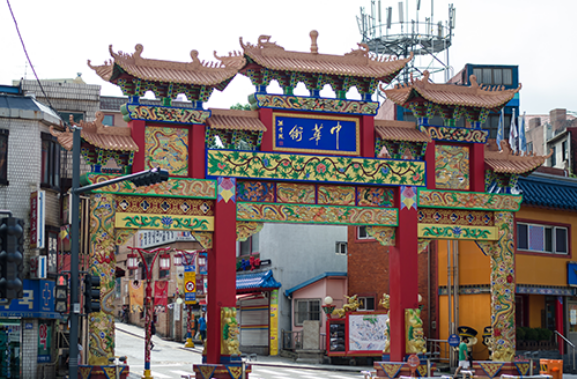 At the first pai-loo, Junhwamun, take a picture with the backgrounds of the pai-loo and Incheon Station.
It can be a representing picture of your visit to Incheon China Town.
It is a hill, yet it hides a slow grade and comfortable trail.
Looking around Chinese shops and restaurants at both sides takes you to a fork at top of the hill.It is the point where China town begins. 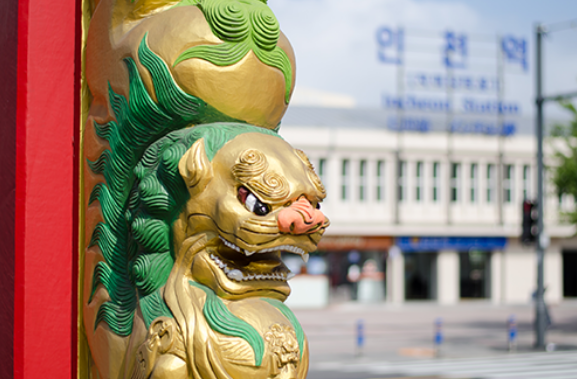 Take the right-path leads you to “Gonghwachun” which originally developed jajangmyeon, black-bean-sauce noodles. Few Korean do not have the noodle.It can be said a national dish. The noodle is Korean’s favorite dish especially in their childhood because of its sweet, nutty, and moist taste. As they grow up, some discover liking to jjamppong, spicy seafood noodle. Anyhow, Korean usually has a good memory to jajangmyeon. The dish is believed to have been developed by the “Gonghwachun.” They toned down “jakjangmyeon, Chinese soybean-sauce noodle” to suit Korean’s taste. “Gonghwachun” has been out of business and changed into Jajangmyeon Museum. The Museum provides visitors with information on the noodle. Because of jajangmyeon which I liked and like, it should be a must-stop. 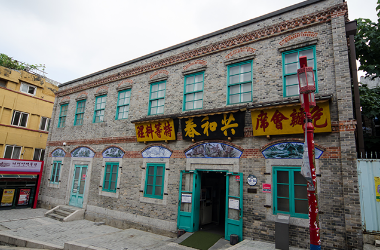 There is a China-esque building. It is the Korean-Chinese Cultural Center. Visitors can compare both countries’ history and culture. Sampling teas and trying Chinese costumes are also available. In front of the Center, the second pai-loo, “Inhwamun” stands. 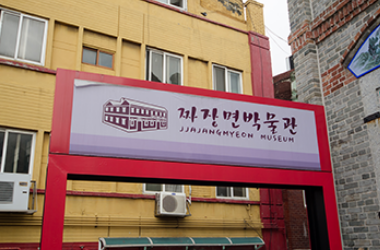 Samgukji mural-street is close to the Center. Samgukji, the history of three nations, is a popular Chinese classical novel. The murals painted on the walls of Jungsan School are quite sizable. It depicts familiar subjects: dowongyului, forming brotherly ties; samgochoryeo, several attempts to recruit talent; and Jeokbyukdaejeon, battle of red cliffs. Visitors are generally fascinated by the paintings and writings. It is a street that implies every aspect of life: friendship, betrayal, destruction, love, hate, strategy, etc, which are well-represented in the enduring classical historic-novel. 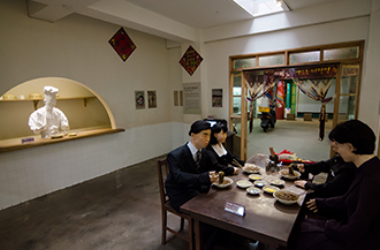 Passing another mural street of Chohanji, Legend of Chu and Han, the last pai-loo appears.
At the same time, visitors realize that they are on top of the hill, which tells Incheon is a port city. 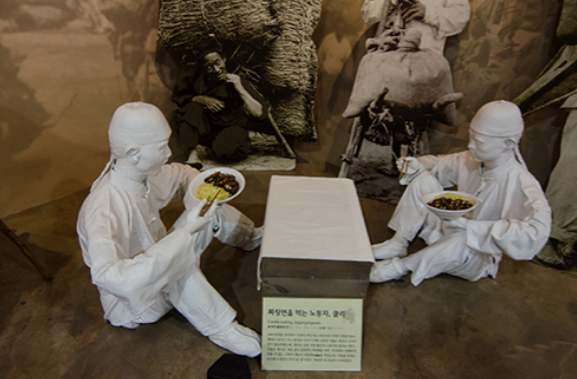 Stepping down takes you the point where you began the tour. Let’s take jajangmyeon, if you feel hungry. All restaurants in the Town prepare their own jajangmyeon: home-made sauce noodle; vegetables and bean noodle without meat; white noodle; dry noodle; and more. It might be a big reward to take jajangmyeon at a place where its history began. 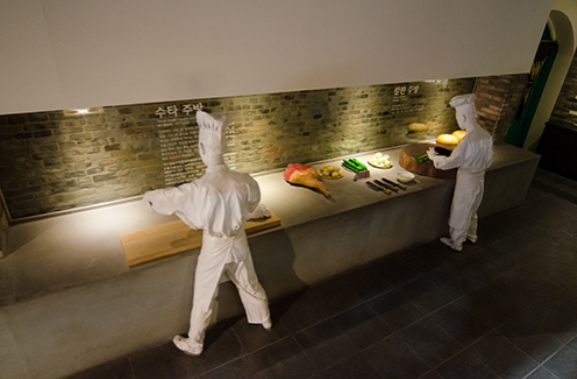 On your way back home, try to take all-stop trains instead of express one.
Let’s hope this slowness last in our livelihoods.