Meet the Modern Literature in Incheon

The Museum of Korean Modern Literature 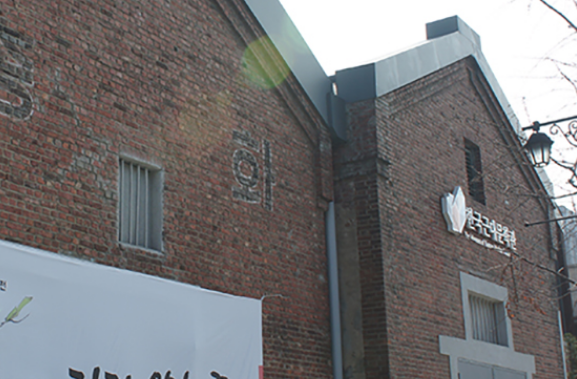 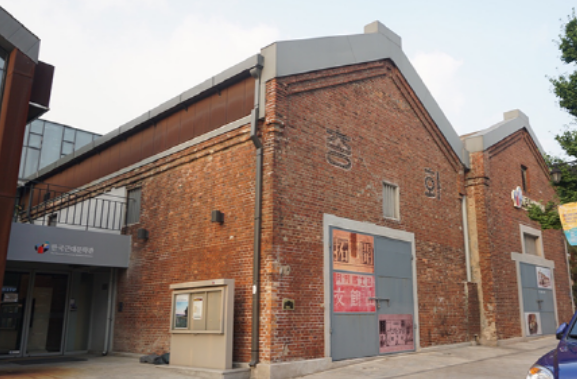 Park Du-jin’s poem “Hyanghyun” (a hill) is being written on a glass wall.
Along with Park Mok-wol and Cho Jihoon, he was called “Cheongnokpa” (the school of thought of Green Deer). Many of their poems appear in school textbooks. Most probably, there is a special exhibition of Cheongnokpa.
According to the exhibition, the content on the glass wall has been changed. For the time being, poet Yoon Dong-ju’s “Prologue” was on it, which was reminded by a movie, “Dongju.”
Let’s go into the Museum. 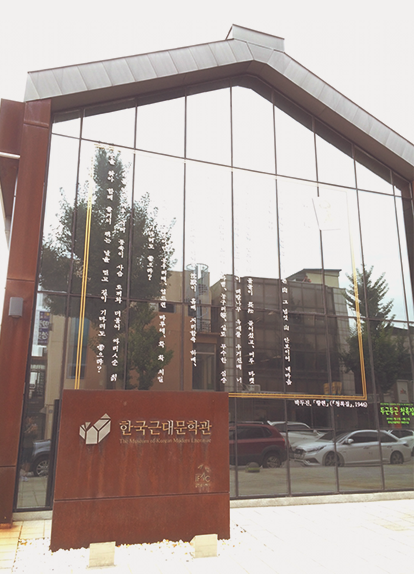 From visitors’ left side is “Special Exhibition gallery” and right side, “Permanent Exhibition Gallery.” Special gallery presents new themes each time. Permanent gallery shows a general introduction of Korea’s modern literature. Let’s take a look at the special one. 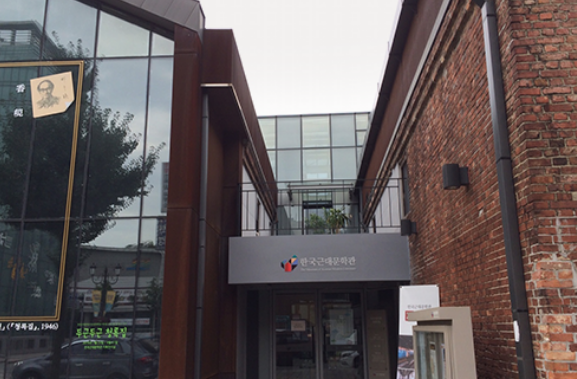 The title is “Pitapat Cheongnokjip” (a collection of Cheongnokpa). Cheongnokjip is a joint collection of poems written by the three poets - Park Mok-wol, Park Du-jin and Cho Jihoon. Many things related the poets are on display. One of the interesting things is that this exhibition is organized by high-school students. 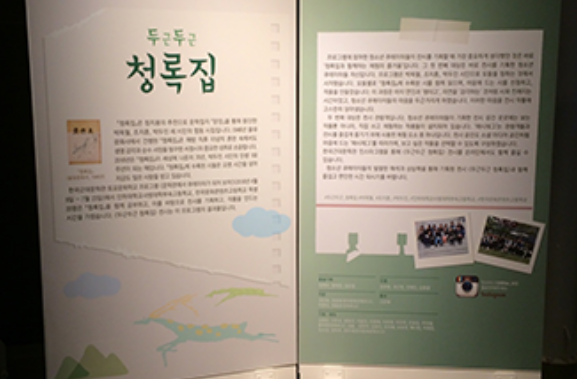 The exhibition was prepared by about 20 students from Inha High-school Attached to the College of Education, Inha Universiry and Korea Culture Contents High-school, who studied “Cheongnokjip” at a program of the Museum, “Let’s become a curator at the Modern Literature Museum.” Thanks to the youth, it’s very cheerful. Which curators thought “having something between them and Park Mok-wol?”

There has been an opinion that literature is boring and hard to learn, but students’ fun and friendly exhibition change the stereotype. Unlike teacher-oriented lesson, students initiated the research and interpretation. The outcome is unconventional. 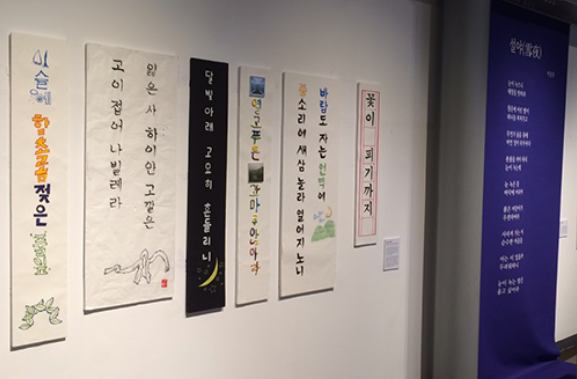 Permanent Exhibition Gallery has two rooms. Each space focuses on Modern Enlightenment Period (1894~1910) and Liberation Period (1945~1948) and shows the trend of modern literature through the form of magazines. It is the summary of vast modern literature.
The exhibition is also providing something interactive. There is a copy of “Selected Poems of So-wol” published in 1949. It is the exactly same to the original one. Visitors can open and read them. 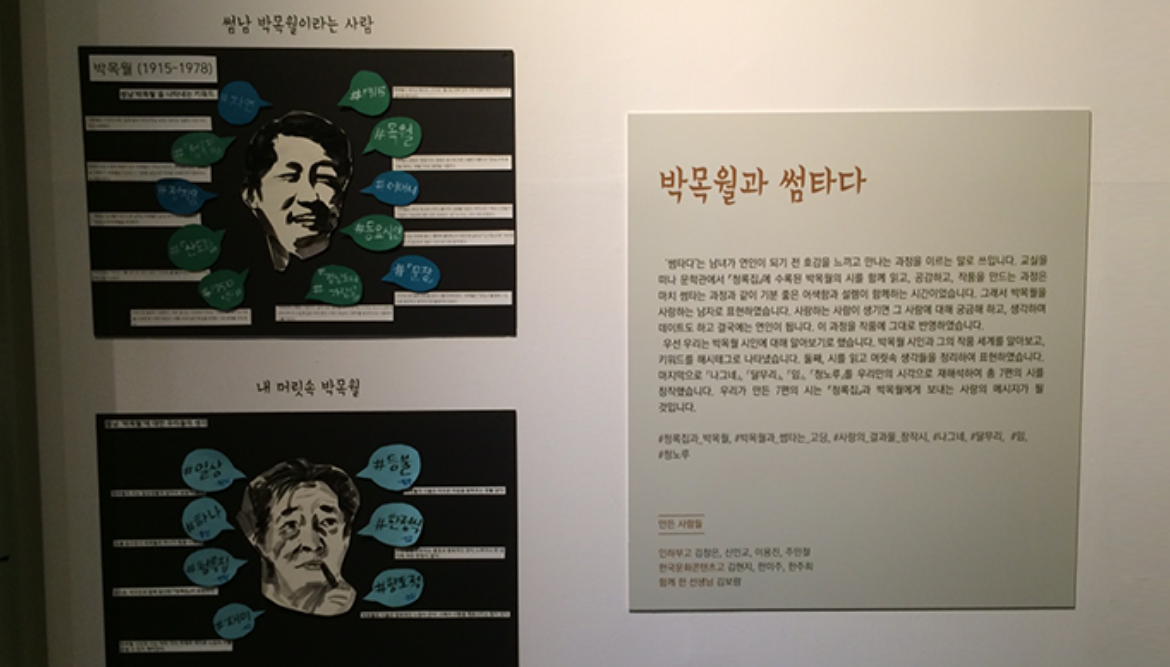 Kim So-wol, one of poet who Koreans love most, is famous for his poet “Mother and Sister” and “Azalea Flower.” 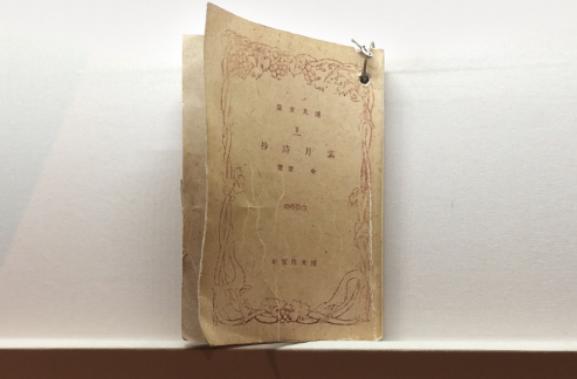 On a wall of the exhibition, leading roles of modern literature are painted. Many of them are very familiar: Lee Gwang-su, Yeom Sang-seop, Lee Sang, Park Tae-won, Baek Seok, Yoon Dong-ju, Gang Gyeong-ae, and more. Downloading application of the museum and put the phone to favorite writers, visitors can have chronology of them. What a smart exhibition! 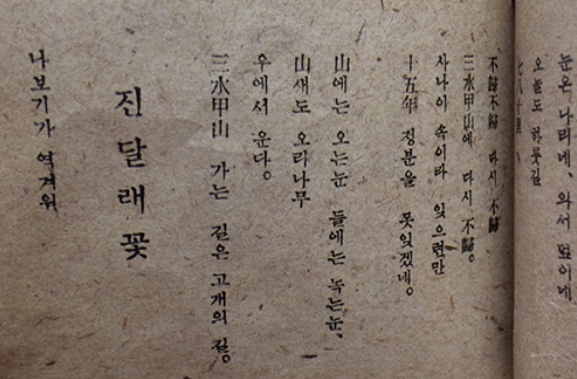 Passing the wall, a box office meets visitors’ eyes. A movie is running. Despite a warning that reads “Neither sell nor buy illegal tickets,” the movie is free.
The movie was an animation featured on “A freshwater tortoise” of a child-book writer, Hyun Deok.
It was impressive that they are trying to come up with various means to make the literature popular. 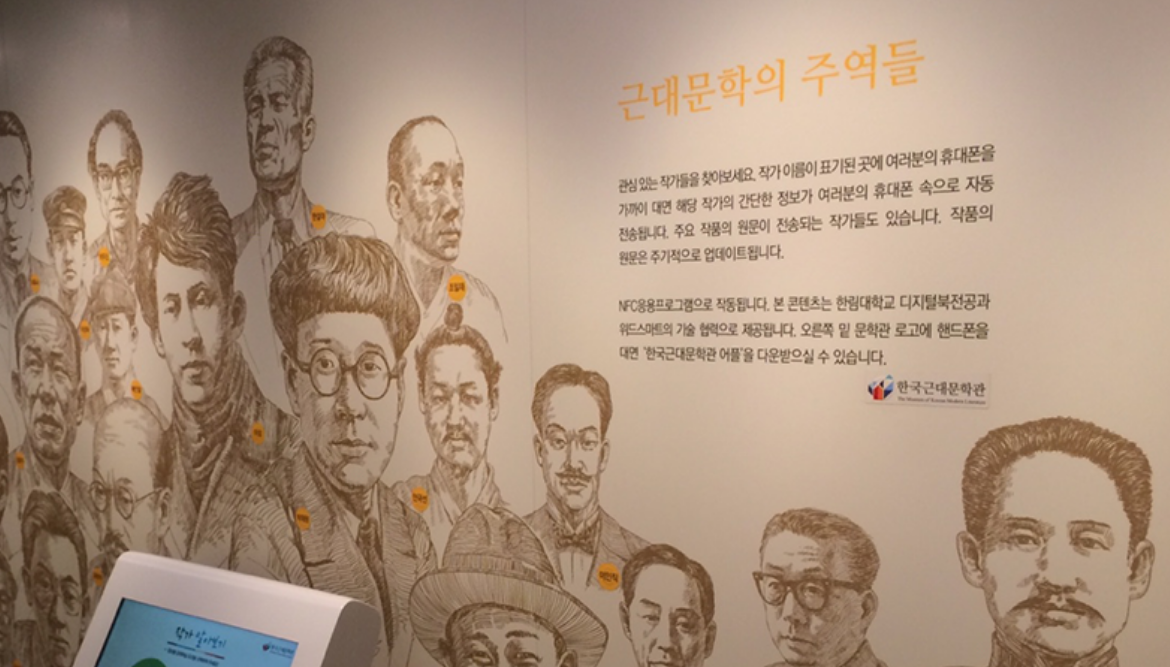 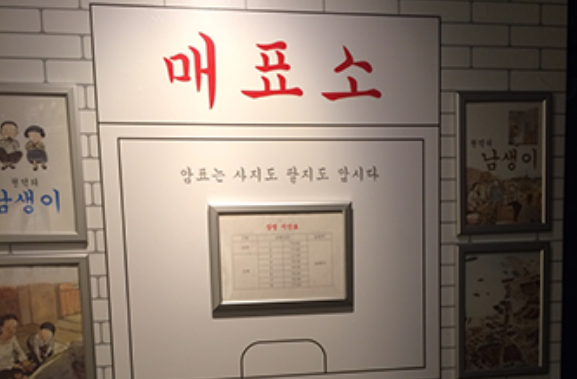 There are bookshelves. Most of them are related to Incheon. Some sit and read books. It is a surprise that many writers grew up in Incheon or depicted the city. Poet Kim Gi-rim, who is very familiar to people because of his piece “Sea and butterfly” printed in textbooks, also wrote a poem about Incheon. It is the poem, “On Street – the landscape of Jemulpo.” It vividly describes then-Jemulpo with a subtitle: trains, Incheon Station, assistants, strangers, port at night, wreckage, a waiting room. 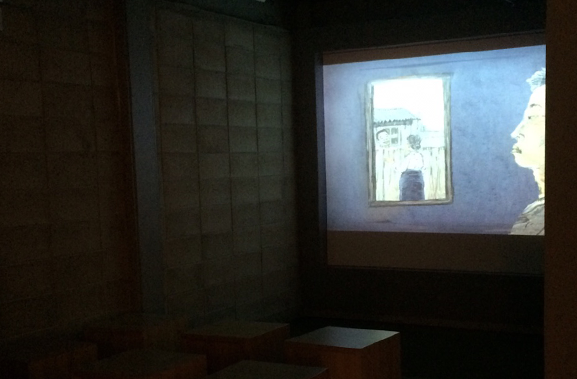 A graphic shows a summary of exhibition and chronology of literature about Incheon. Popular literature – romance and detective novels are also on display. It is a rewarding exhibition.

On the way-out, “Challenge quiz on the history of literature” is attracting visitors’ attention. What about reviewing today’s tour? Outside the Museum, space for visitors and diverse works are on display. 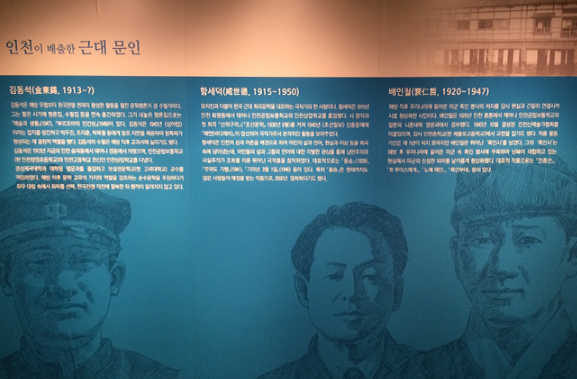 For further information, visit the website (http://lit.ifac.or.kr/index.php)For literature-lovers, the Museum of Korean Modern Literature is a required course.