Learn about Korea's Modernization and Independence Efforts
Alleys played bigger roles before automobiles were introduced to the country. Come visit alleys of Incheon to learn about how people lived at the time when the country's modernization started and what significance Incheon has in terms of protest against the Japanese colonial rule (1910-1945). Let us look into the most notable two alleys - Ssarijae and Naedong Alleys.
Ssarijae Alley, the most prosperous place in Incheon when the country began modernization Ssarijae also known as its Chinese name 'Chukhyeon' is the hilly area between Baedari Railroad Bridge and Gyeongdong Sageori. The name Ssarijae is said to have come from the plant name 'ssari (the Lespedeza)' that grew well on the hill.

Modernization began here. It was Gyeongdong Sageori where the city's first traffic lights were installed in 1961. Incheon Christian Hospital opened its doors on the hill of Ssarijae in the 1950s followed by numerous clinics and pharmacies. It was the most crowded district in Incheon.

Between furniture stores is Gyeonggi Medical Device Store half of which is run as 'Ssarijae Cafe' because its business is not as prosperous as it used to be. The rafter of the cafe reads 'three o'clock in the afternoon on April 5th of Showa 5,' meaning the building was completed in 1930 during the Japanese colonial period. As soon as you enter the cafe, you will feel as if the past and the present coexist at the same time. 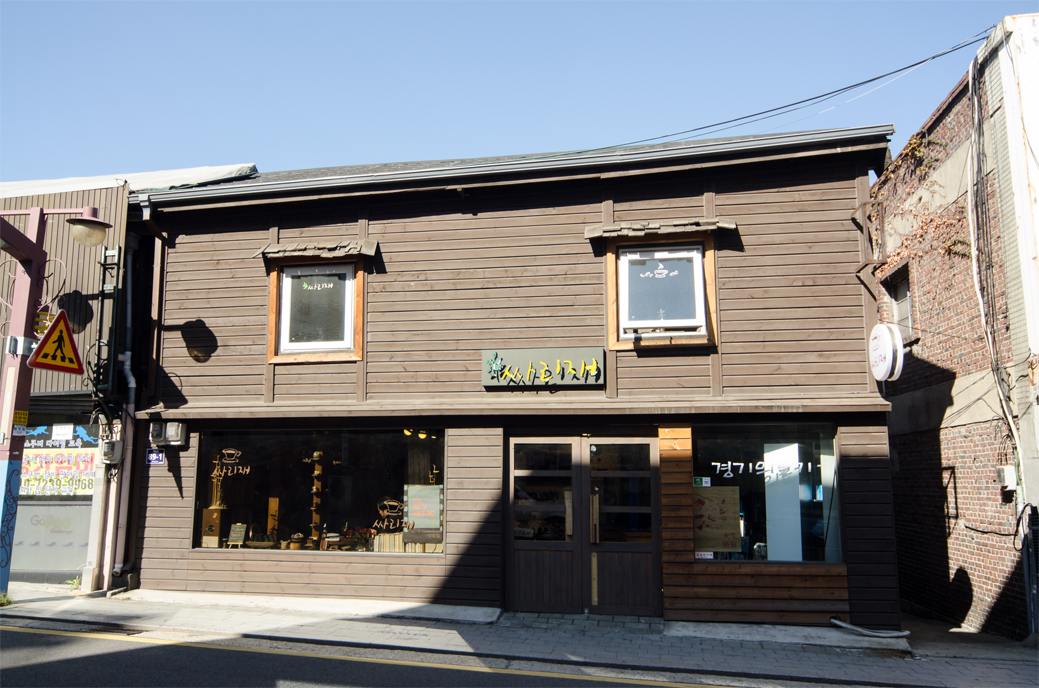 Another place that enables one to feel what Ssarijae Alley was like some time ago is Aegwan Theater. 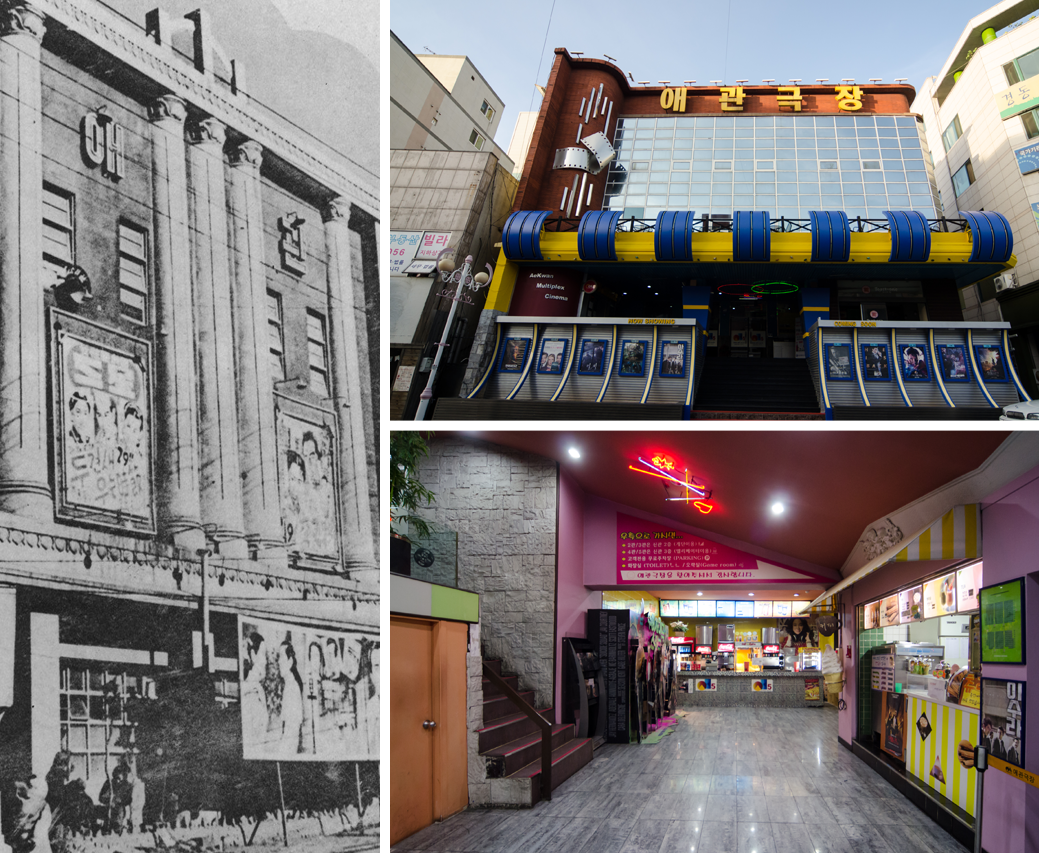 It served as Cinema Paradise for the citizens of Incheon. The theater was also used for other purposes, too, such as the venue of Mr. Universe contests, job fairs, and promotion of national policies. Leonard Bernstein, the world's prestigious renowned conductor had a piano concert at the theater.

Aegwan Theater once had the country's biggest screen. Shin Seong-il and Um Aing-ran, the most popular stars of the time, came to the theater to do 'stage greetings' for their movies. Traffic in the surrounding areas just halted on such occasions then.
One of the most significant places in Ssarijae Alley is 'Dolce Little Theater.'

'Dolce' is the birthplace of theater in Incheon which produced more than 100 actors including Choi Young-joon, Kim Seong-chan and Jeong Joo-hee. The theater opened its doors in 1978 in a place that had been an ice factory after some considerable construction work. Now the place has changed to Play Campus, self-proclaimed cultural space, keeping the heritage of the location alive.

Going up the hill behind the theater, one can see Sinsin Wedding Hall. Founded 60 years ago, the wedding hall was the most favorite place for well-to-do families in Incheon in the 1980s.
Although only the signboard stands in that location, the facility played a crucial role in disseminating a Western style wedding culture in Incheon.
Once the street was unofficially called the Wedding Street as various wedding related facilities such as dress shops, hanbok (traditional Korean dress) shops and photo studio lined the street. There remain some dress shops in that street. Also, the street was home to more than 30 tailor shops such as Han Marisa, Kim Tailor, Hoesin Tailor Shop, Seoul Tailor, England Tailor Shop, Jayu Tailor, Silla Tailor, and Baegyang Tailor.
Lee Su-il Tailor Shop located on the corner was once staffed with 20 employees including garment cutters and seamsters and seamstresses. The tailor shop still stands in the original location in Ssarijae Alley for a period of time long enough for two generations of men in a family to become the patrons of the shop. Come to Ssarijae Alley and witness its fame as the most fashionable street in Incheon in the 1970s and 1980s.

Naedong Alley significant to Kim Gu, the great independence leader
Kim Gu wrote in his autobiography Baekbeom ilji, "I decided to look around motherland below the 38th parallel under the circumstances. I went to Incheon first. Incheon is a significant place for me. I was sentenced to death while I was imprisoned in Incheon jail at 20 years of age. I escaped from prison when I was 23. When I turned 41, I was put into the same prison as a convict sentenced to a 17-year jail term."
He went on to say, "While I was practicing asceticism in Incheon Prison, I acquainted myself with new civilization that flowed in through the open port of Incheon, and defined my ideology as an anti-Japan movement advocate." 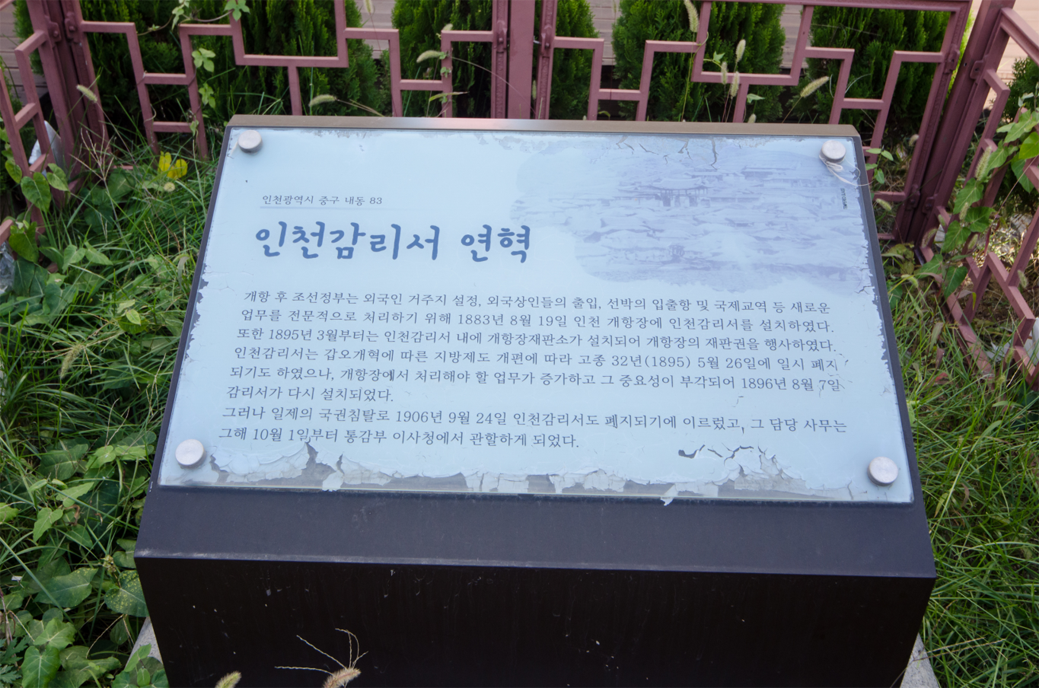 Kim Gu was imprisoned in Incheon Gamniseo (Superintendent Office) which was situated in the area adjacent to Woracheon Steam in Naedong, Jung-gu and Gyeongin Myeonok. 20-year-old 'Baekbeom' Kim Gu was jailed there for the murder of a Japanese military officer in the 'Chihapo Incident.'

Currently, there is a historical marker of the facility in front of Dongincheon Sky Palace Officetel.
To feed his son in prison, Kim Gu's mother worked as a maid at a place called gaekju (an inn/eatery for peddlers run by a commission merchant) managed by Park Young-moon outside the three-door gate of the Gamniseo. She delivered three meals a day to his son. There remain a number of houses that were used as gaekju in Naedong Alley near Woracheon Stream. The houses have numerous small rooms around the front yard.

The Naedong Anglican Church
Down the hill from the Naedong Anglican Church is the house of the late Yu Hang-ryeol which is also called 'Naedong Brick House,' a Western style house made of red bricks. Yu Hang-ryeol was Korea's first maritime pilot. He obtain his maritime pilot license in 1937. He worked as a captain of a ship that belonged to Joseon Mail Ship Co. and serviced between Incheon, Qingdao and Shanghai.

His 2-storey house with a basement was completed in 1933. Arch style windows and double chimneys made of bricks looked particularly exquisite. The second floor terrace faces west. Yoo Hang-ryeol liked to look toward the Palmido Lighthouse with a telescope to observe arriving ships. The house is now occupied by his descendants. 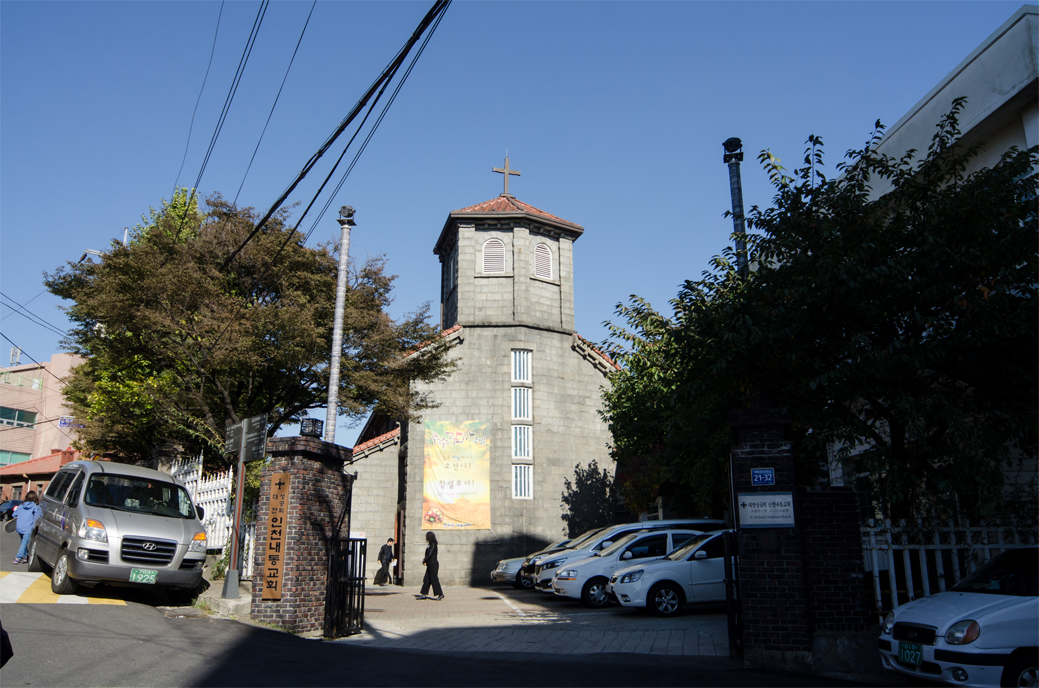 Down the alley is the Naeri Church which played a leading role in opening up the country's overseas emigration era.