One-day Trip to Islands
Traveling to an island by oneself is a kind of rest any urbanite dreams of at least once in his or her life. "The endless sea... the cool wind... I want to turn the cell phone off and set off on a journey to an island. I need some serious soul-searching."
However, travelling to an island isn`t that easy. You have to take a boat. Therefore, the weather must be right and you have to get to the port at the right time. There could be many reasons that keep you from taking a trip to an island.
Take one of the following courses if you do not want to give up on the attraction of traveling to an island in Korea. For your information, you can finish any of the courses in a day if that is all the time that you could spare, and you don`t have to worry about seasickness or a return trip because of rough seas. The courses are very safe enough. 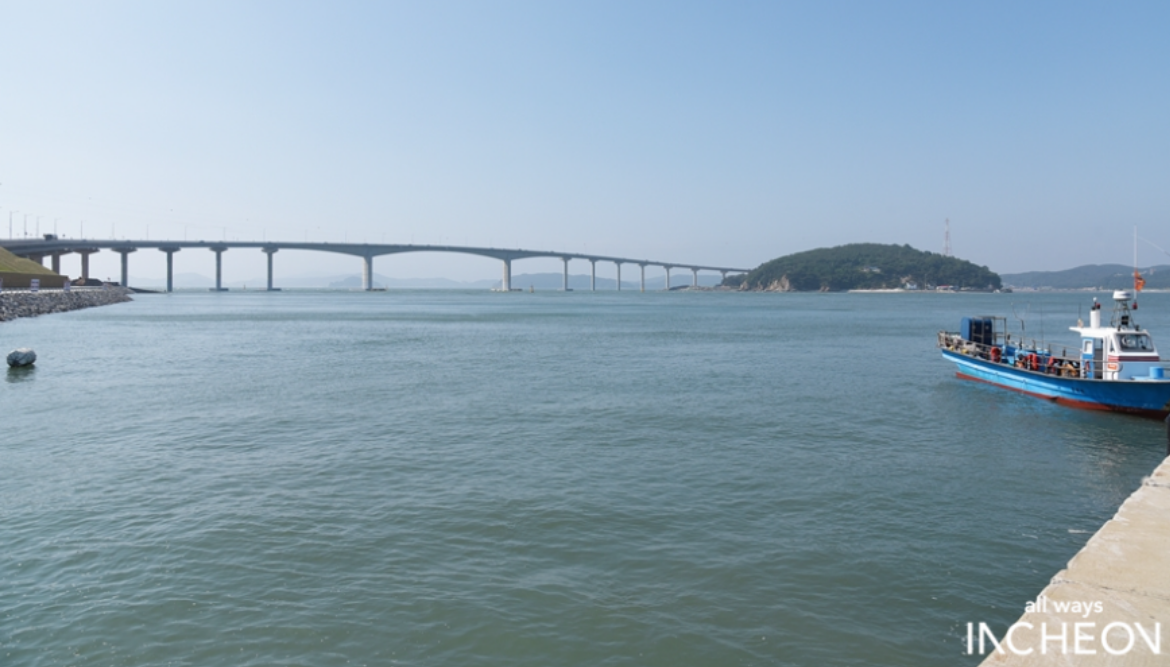 Muuido Island, which is a part of Jung-gu in Incheon Metropolitan City, is connected to the mainland and is accessible via a bridge.
It is popular for those who would like to enjoy the beauty of the West Sea. You can walk to Silmido Island and Somuuido Island in low tides, too. The short trip is enough for you to learn a lot about the attraction of islands in the West Sea.

Muuido Island translates to "the island of a dancer`s dress" in Korean.
From a distance, the island indeed looks like a general on a galloping horse or a dancer with arms wide open on the stage.

Hanagae Beach is the largest mud flat in Muuido Island.

Take a village bus at Keunmuri Quay. You can get to the beach in about 15 minutes. The beach boasts a huge mud flat, one of the largest in the West Sea. For KRW 5,000, you can participate in the clam catching experience at a location where you can catch enough surf clams while enjoying the unique attraction of the mud flat.
To the left of the entrance to the beach is the filming location for a TV drama series entitled "Stairway to Heaven" which is well known for the famous line of the main character Kwon Sang-woo: "Love comes back." You can also enjoy leisure sports such as zip wire and 4-wheel motor bikes.
Horyonggoksan Mountain and Guksabong Peaks, the Alps of the West Sea 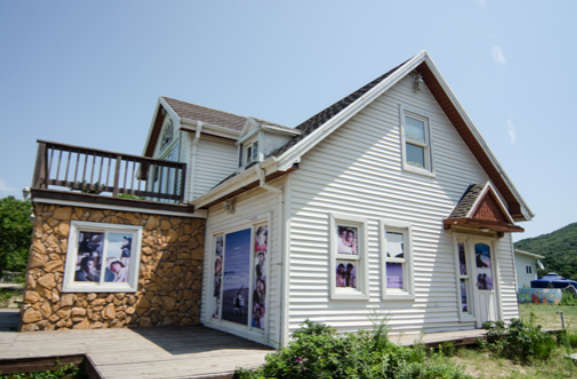 "Why trekking on an island?"
If you ask such a question to yourself, you still don’t know much about Muuido Island.
Muuido Island consists of two peaks, Horyonggoksan mountain (245.6m) and Guksabong (236m) Peaks which are highly favored by hikers. Though not so high, the peaks are known for their incredible natural rock formations including Horang Rock, Bucheo Rock, Madang Rock as well as vertical cliffs. Combined with the beauty of the West Sea, the peaks are called "the Alps of the West Sea."
Silmido Island, the actual site of the namesake film "Silmido" 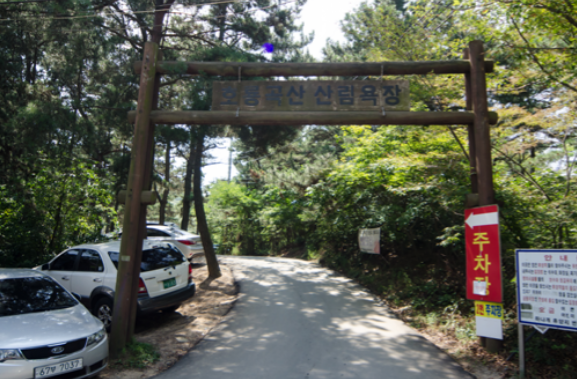 It has been more than 10 years since the film was released, yet the scenes of the movie are still vivid in our memories. The Silmido Island is now connected to Muuido Island by a bridge. Take a village bus at Keunmuri Quay. It takes you just 5 minutes to get to Silmi Beach located in front of Silmi Amusement Park. You can easily see the way to Silmido Island. The bridge is under water during high tides. Check with locals about tide times in advance before you go to Silmido Island.
Muui Coastal Trail
Go to "Somuuido Island," which is like a younger brother of Muuido Island. There is a beautiful trail along the shore. Previously you had to take a boat to go to Somuuido. Now there is a pedestrian-only bridge between the two islands.
The two-hour trail consists of eight notable locations including Bucheo Kkaemi, Mongyeo Beach, Mongyeo, Myeongsa Beach, Janggun Rock, Dangsan/Ansan, West/East Villages and Somuui Pedestrian Bridge. The island is especially good for those who would like to get away from busy everyday life to a tranquil setting.
○ Jangbongdo Island 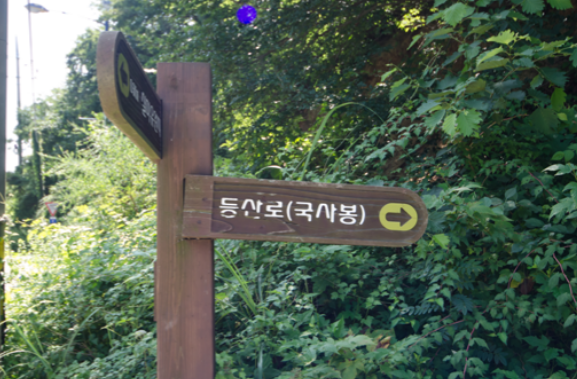 Take a boat at Sammok Quay in Yeongjongdo Island.
It will take you about 50 minutes to get to the island. This long island has a variety of trail courses with observation platforms where you can enjoy spectacular views of the island and the sea. The island is particularly famous for its dense pine tree forest and Ongam, Handeul and Jinchon Beaches surrounded by pine trees. It is particularly ideal for campers. The beach also offers a mud flat experience program for catching blue crabs and littleneck clams.
Yongyudo Island 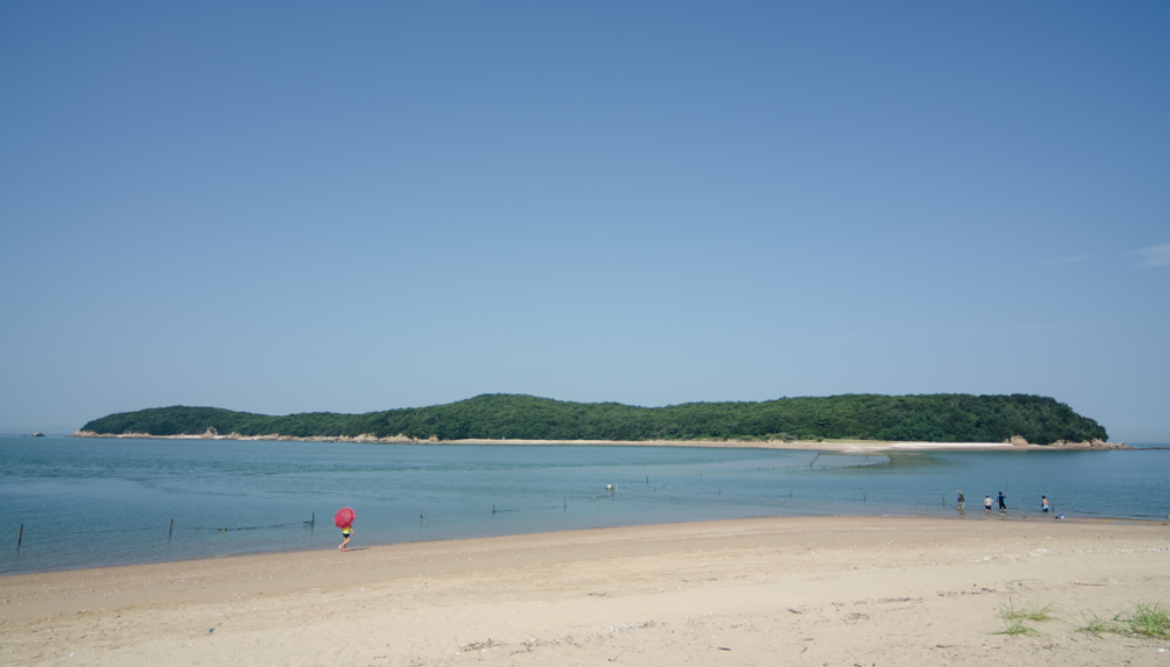 You can get to Yongyudo Island without taking a boat. The most famous spot in the island is ‘Eurwangni Beach.’
The beach is especially popular to family vacationers for its mild slopes with the water depth hardly exceeding the 1.5 meter mark over a vast area. Yongyudo Island is also known for other tourist attractions such as Wangsan and Masiran Beaches and Seonnyeo Rock where you can revel in the beauty of the West Sea.