An island where the red moon arises, 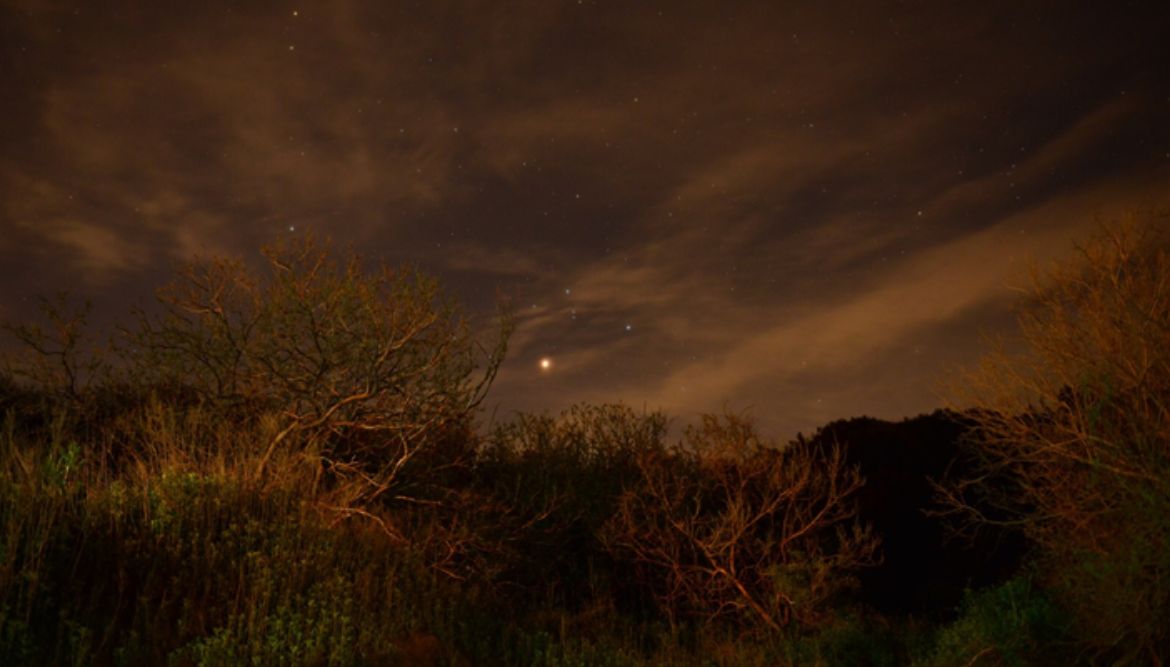 To see the red moon, I decided to go camping.
There are several beaches for camping. It’s your choice.

Jangol beach: It is close to the quay, and equipped with facilities. A convenience store and restaurants are available.
At night, it can be noisy due to restaurants-cum-bars nearby.
Keunmal beach: It is nice except for the distance from the dock.
Byulnangeum beach, Jinmorae beach: Despite some disadvantages – located in private lands and a bit far away from the residence area, it is an ideal place for those who want a quiet night. 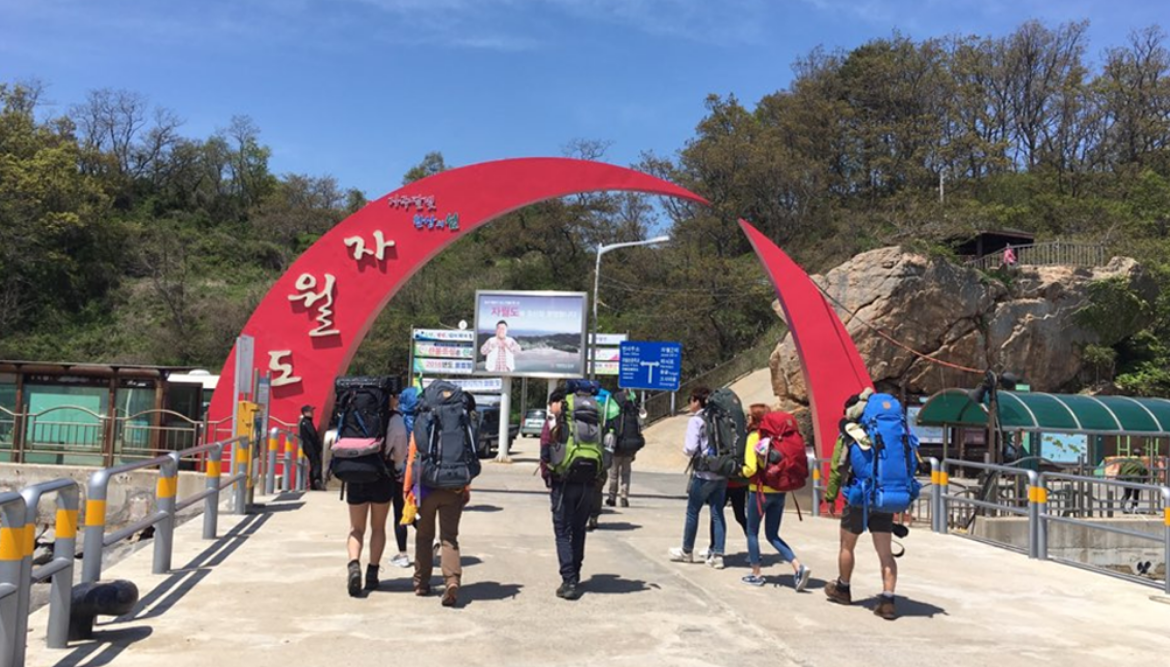 We decided to settle down at Byulnangeum beach with the permission of the owner.
About an hour later from Incheon, we arrived at Jawoldo Island quay. Semi-circular red sculpture, which is true to the name of the island, welcomed us. 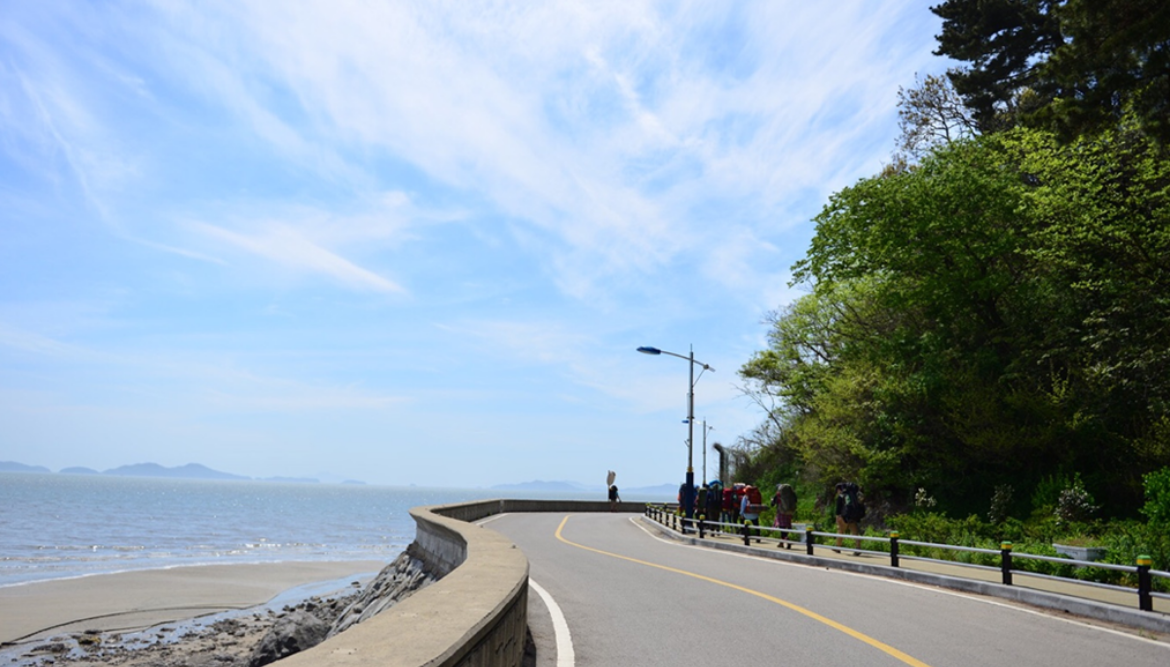 We took a left-side pavement.
Walking with the high sky and blue sea may be only possible in island trekking. 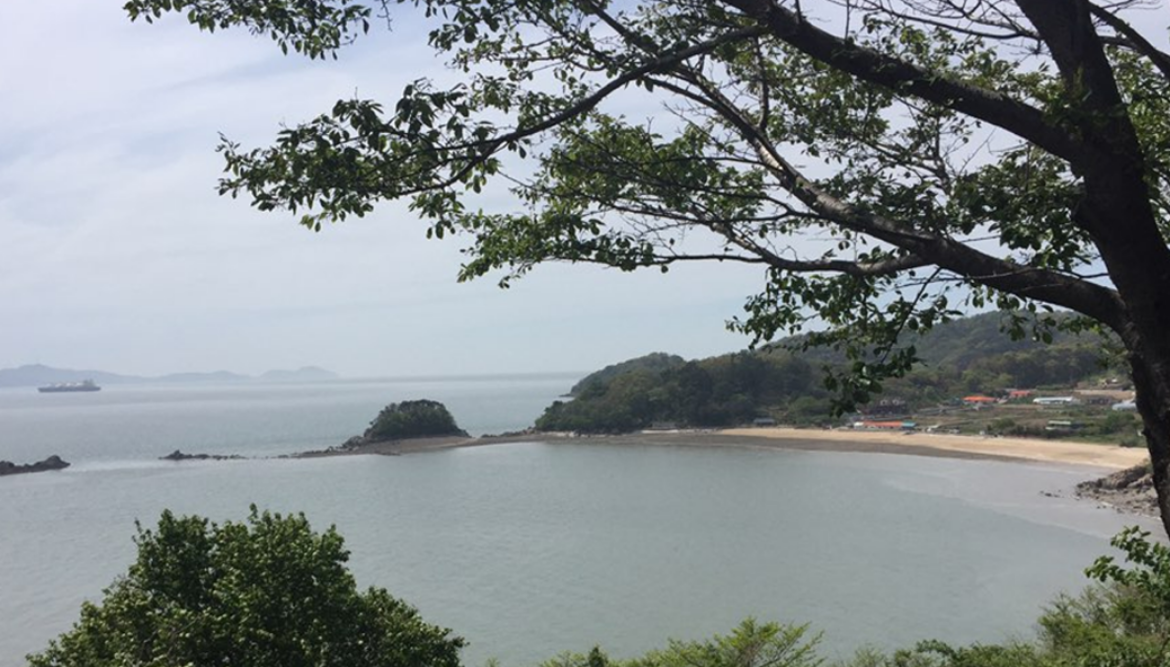 Climbing a ridge, we occasionally find view-points.
Commanding mountains and seas at the same time is one of the advantages of island travel.
An uphill climb was not easy, but we received a reward of beautiful scenery. 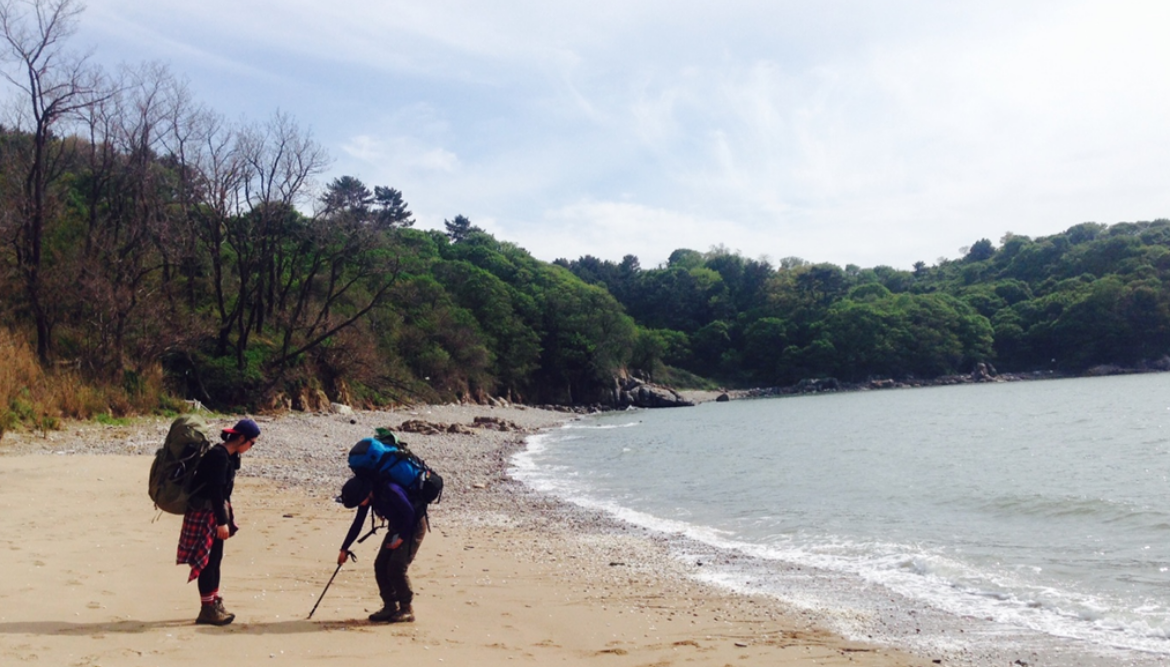 At our destination, a beach, we made a fun of writing something on the sand.
In a sense, travel is necessary because it is a way which enables us to come out of daily grind.
The freedom gives us a rest and comfort. 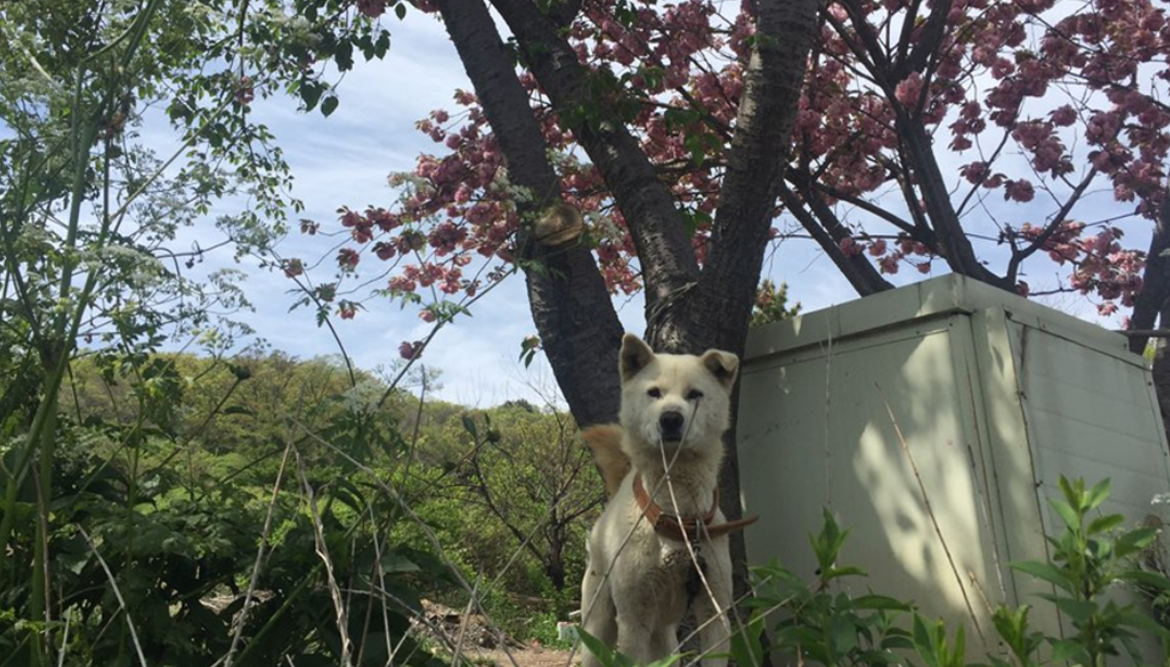 A puppy in a village showed curiosity about visitors.
During island tours, we often meet puppies. All of them are very kind. Maybe they take after villagers’ simplicity and generosity. 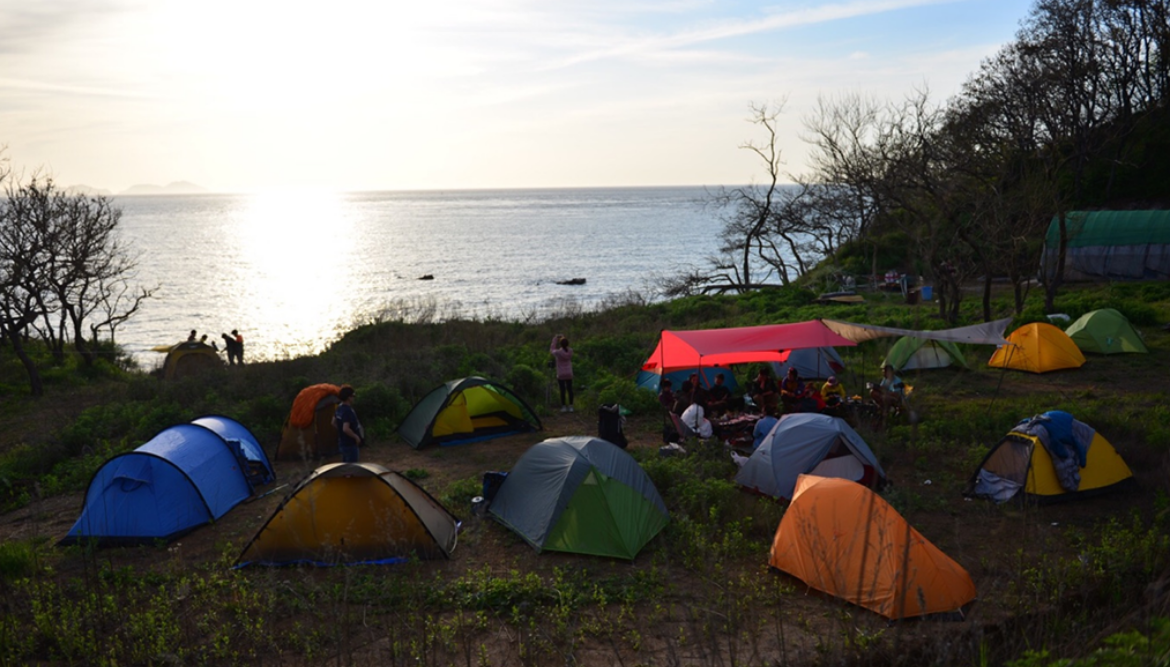 Everyone settled down on a grass.
It looked like a small town sit in a huddle.
Each personality created an unexpected pretty scene. 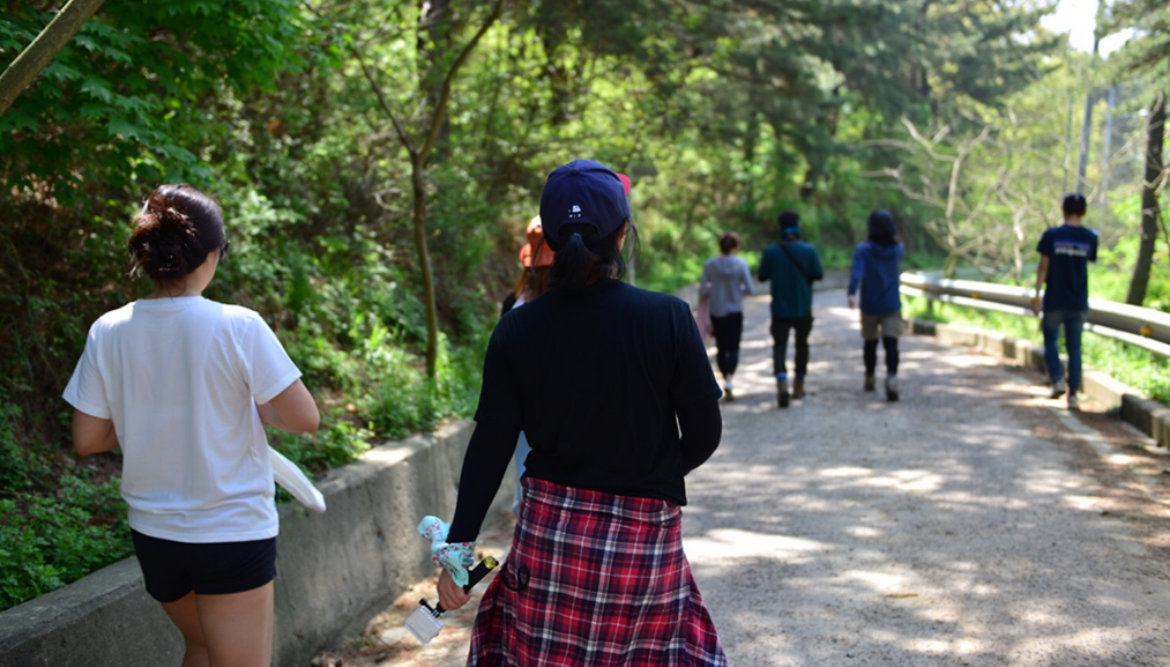 After pitching a tent, we took a walk.
Accomp