Awakening Viewers to the Memory of the 1980's
There are many local movies and TV dramas leading the so-called Hallyu (the Korean Wave) around the world, making significant contributions to the development of Korea's tourism and cultural industries. A TV drama series 'Reply 1988' is recognized as one of the best without resorting to characters having incurable diseases or unethical affairs, a widespread pattern in local TV dramas. The TV drama series is focused on the reenactment of the lives of ordinary folks that lived in Korea in the 1980s. Many Koreans feel consoled by watching the drama, particularly from the modest way of life depicted in the drama, not far away from the present but so different from the way many Koreans live their lives right now. People cried and laughed watching the series with old generations remembering their days past and young generations captivated by a different way of life in Korea just a generation ago.

The drama is about five families living in an alley of Ssangmun-dong in northern Seoul. At mealtime, the alley was noisy with parents shouting at their children to come to table. 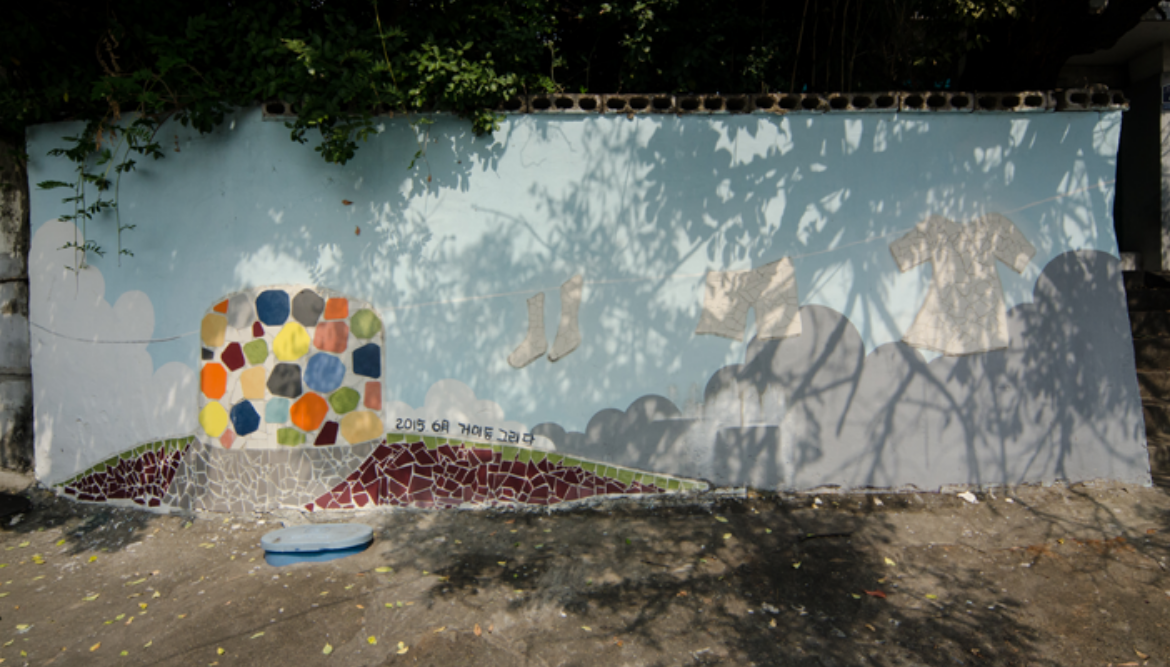 One of the main backgrounds of the drama was a high school called Ssangmun High School attended by the major male characters, Jeonghwan, Seonwoo and Dongryong. Most scenes of the school were actually filmed at Incheon Health High School in Incheon. It was a time when high schoolers had few places to go in order to relieve their stress. The drama shows how they spent their time between classes day in and day out - dozens running after a single ball in the soccer field. 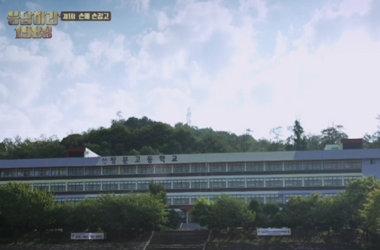 The female character Deokseon went to Ssangmun Girls’ High School. The actual filming took place in Shinmyung Girls' High School located in Ganseok-dong, Namdong-gu, Incheon. During breaks, some girls of the high school ran to school concession stands while others stayed in classrooms to snooze or sing songs and danced to the music. The drama realistically sketched everything about the life of high school students in the 1980s including their joy, anger, sorrow and pleasure. 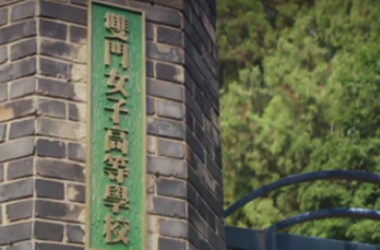 The opening title features Deokseon in a denim jacket running against the backgrounds of the screen of a video game called 'Hyper Olympic Games' which has been gone for a long time. Deokseon wearing the denim jacket of her elder sister Bora was running hard to put the jacket back in her sister's closet before her sister got home. The whole scene was filmed in an alley and Sangjeong Stationery & Mom-and-Pop Store in Yeorumul Mural Village in Sipjeong-dong, Incheon. Unlike most communities where tall buildings are built almost by the day, Yeorumul Mural Village still has the appearance and atmosphere of what most Korean communities looked like in the 1980s. Sangjeong Store seems like a fossil even in this special community.

The store has been in that location for 26 years selling stationery and junk food. It is going to be demolished next year. You had better hurry if you would like to catch a glimpse of it. 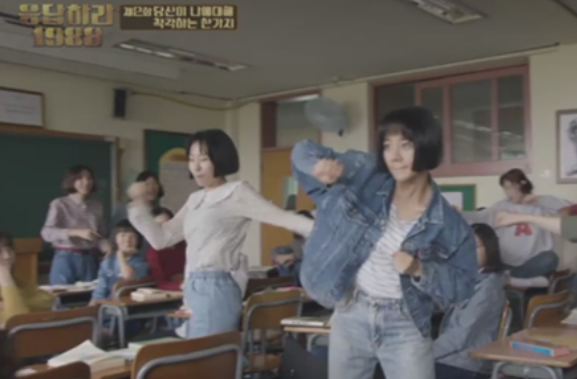 Do you remember the gyeongya