The Filming Location of "Kill Me, Heal Me,"

A Hospital Offering Healing Chances
"Kill Me, Heal Me" is a popular TV drama series broadcast in the first quarter of 2015. It is a healing story featuring a young rich man having seven distinct personalities (Cha Do-hyun) and a female medical resident in neuropsychiatry (Oh Ri-jin).
Actor Ji Sung perfectly acted the role of the multiple-personality hero, who was a charismatic businessman (Shin Se-gi), a high school girl (Ahn Yo-na) and a seven-year old child (Nana), among others. With its well-organized plot, "Kill me, Heal Me" appealed to many viewers as a healing drama.

It was not a medical drama. Yet because of the occupation of the heroine Oh Ri-jin (a medical doctor), the drama featured many hospital scenes, filmed at Catholic Kwandong University International St. Mary's Hospital located in Seo-gu, Incheon. 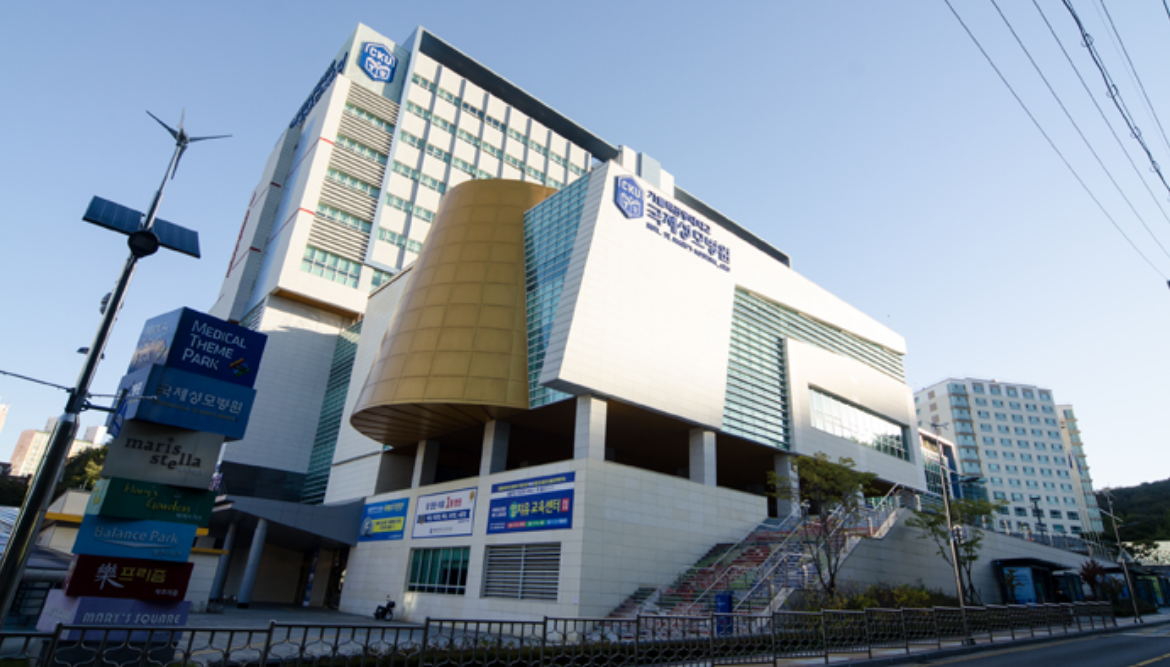 Incheon International St. Mary's Hospital opened its doors in 2014. With a total of 1,000 beds, it has 26 treatment departments, 35 clinical departments and 13 specialized centers. It is a large-scale medical center equipped with cutting-edge medical devices, providing first-class medical services to patients. It is easily accessible from the Incheon International Airport since the completion of Incheon Subway Line 2. The hospital is gaining popularity as one of the most competitive destinations of medical tourism in Korea. 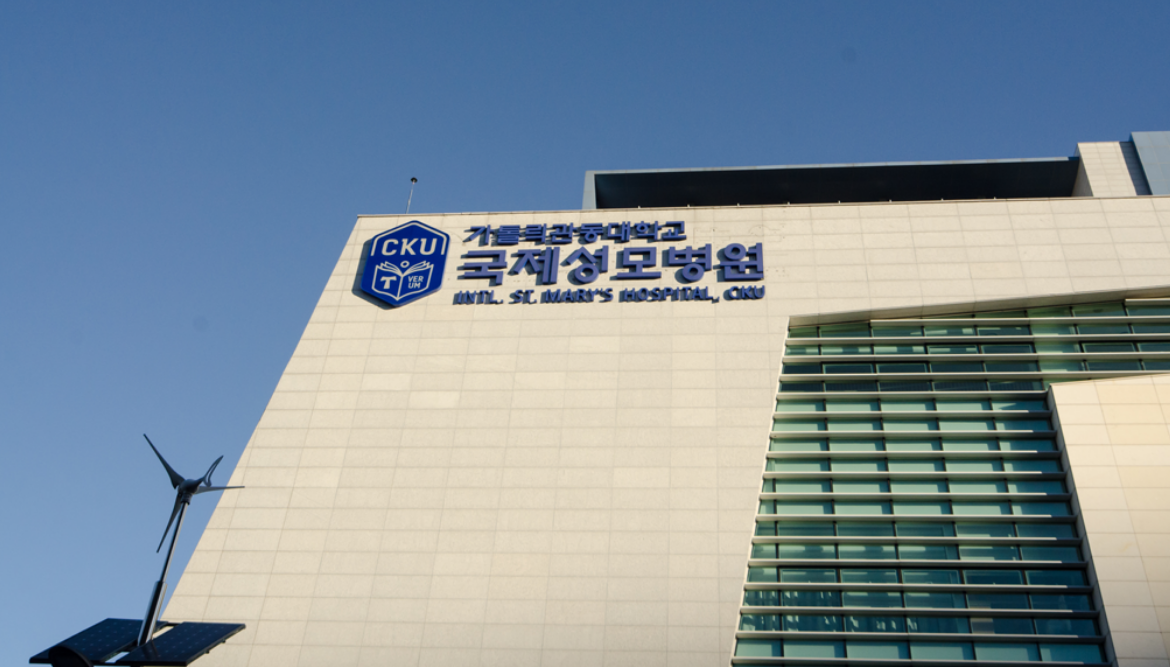 'Kill Me, Heal Me' is not the only drama that was filmed in Incheon International St. Mary's Hospital. 'Hyde Jekyll, Me,' a TV drama starring Hyun Bin and Han Ji-min, was aired at the same time as 'Kill Me, Heal Me' at another TV station. The series featured 'St. Mary Hall' of the hospital, which played host to medical seminars, academic workshops and many other events. In addition, the hospital became the background of a major incident in 'Yongpal,' a TV drama series starring Kim Tae-hee and Joo Won. Thus, in numerous TV dramas, International St. Mary's Hospital made viewers wonder, "Where is that hospital?" Let us find out why this hospital has been popular among TV drama producers. 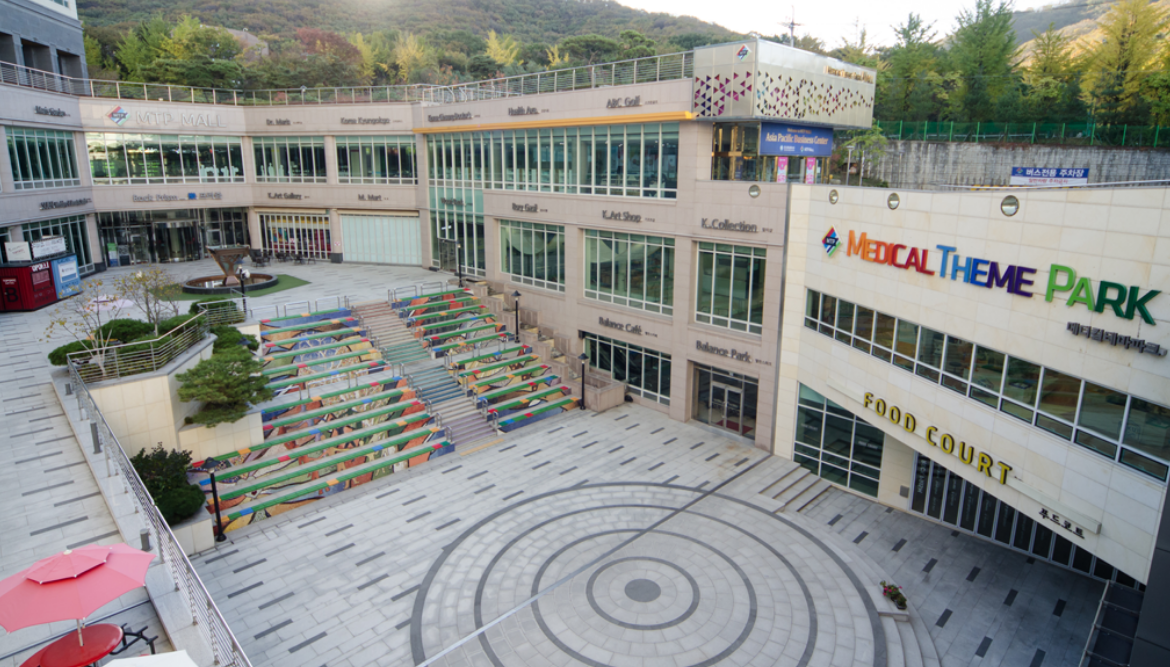 Medical Theme Park MALL Offers the Country's First Health Culture Services International St. Mary's Hospital set up Medical Theme Park Mall (MTP), the country's first meditainment facility that offers its customers both medical services and pleasure through a paradigm shift about a hospital.
The three-storey building with an underground floor is divided into three zones: the Red Zone, the Blue Zone and the Green Zone. Separated from the other facilities of the hospital, the building is a perfect medicine & cultural complex, which no one would consider as part of a hospital.

The facility that attracts the keenest interest from women is Red Zone composed of beauty care center, sauna, jjimjilbang (large public bathhouse), fitness center, and K-Wave Experience Hall, including MBC Drama City and K-star Gallery, the place where many scenes of TV dramas were filmed. Red Zone is for those who need healing in one form or another. The Red Zone is popular to foreign tourists as it is equipped with diverse health and beauty promotion facilities and 'K-Wave Experience Hall' that is home to MBC Drama City and K-star Gallery where foreign visitors can witness the attraction of the Korean Wave. 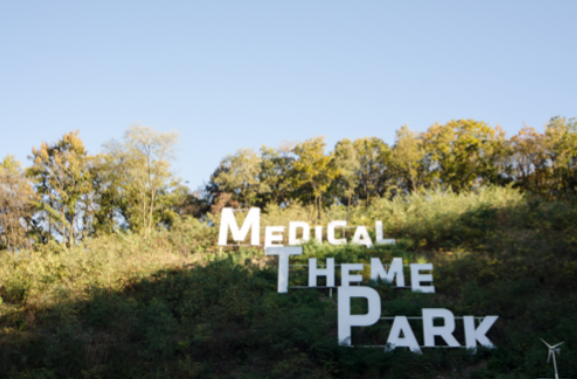 The Blue Zone a.k.a. Balance Park is equipped with a great variety of health facilities specially designed for basic physical strength tests and exercise prescriptions, physical strength and learning ability improvements, and diverse sports experiences. The Blue Zone also offers counseling services on ways to step up visitors' physical strength and customized exercise programs designed by professional personal trainers on the basis of the results of their various physical strength tests.
The Green Zone is home to Maris Garden, the country's largest eco-friendly urban plant factory situated on a land of 600 square meters. It is a plant research institute, the first kind of a facility run by a hospital in the country, set up to draw natural substance beneficial to the human body from natural plant ingredients. Visitors can witness the entire process of plant cultivation in a healthy environment in the garden. 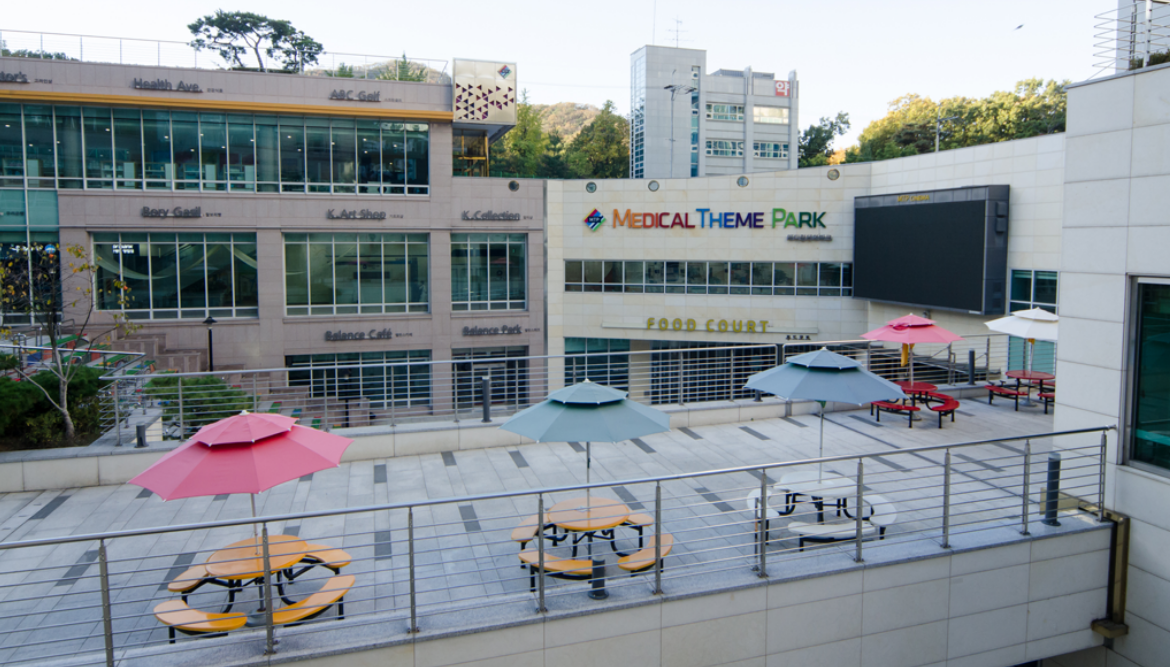 These days, cultural performances are critical for a healthcare & culture complex mall. A space called the Violet Zone features an outdoor performance venue that stages a variety of cultural and artistic performances including music, dance and magic. Incheon International St. Mary's Hospital is well worth a visit for everyone - not just patients and their caretakers.