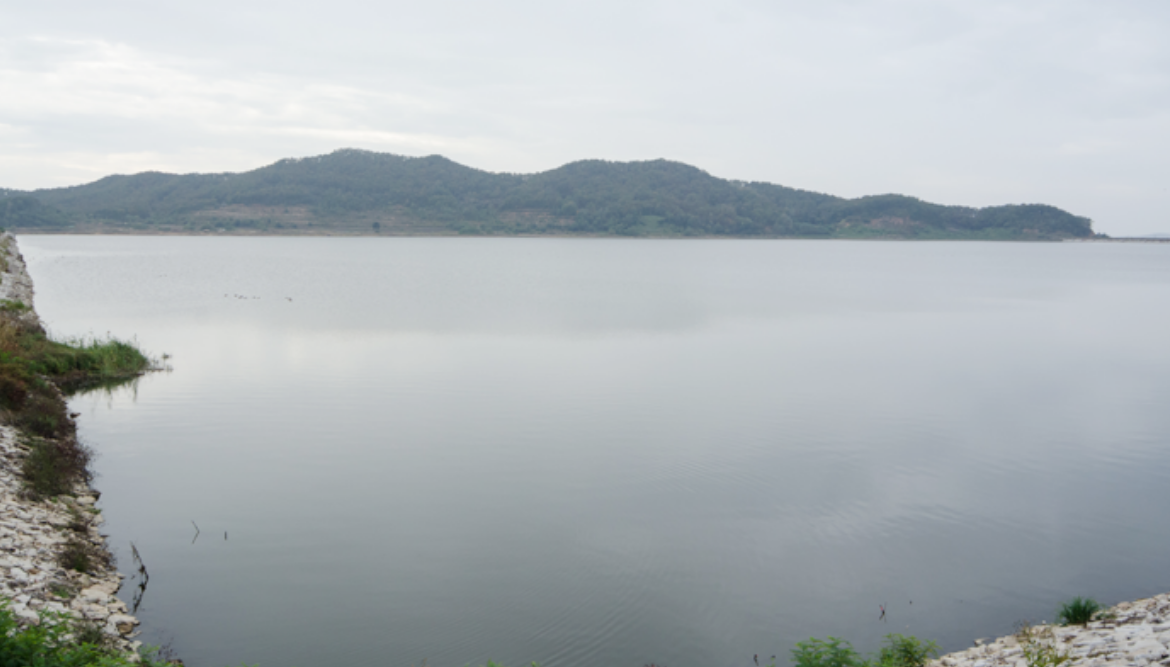 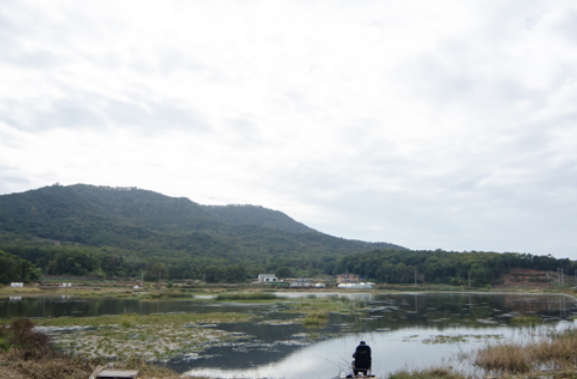 The first place worth visiting in Gyodongdo Island after you cross Gyodongdaegyo Bridge that links the island to Ganghwado Island is Gogu Reservoir, which is known as 'one of the best fishing spots' among anglers in the Seoul Capital Area. In winter, you can observe the spectacle of countless migrating birds flocking to the area. A number of eateries would have opened their doors in other areas, yet Gogu Reservoir has just two eateries. The area still maintains serenity. 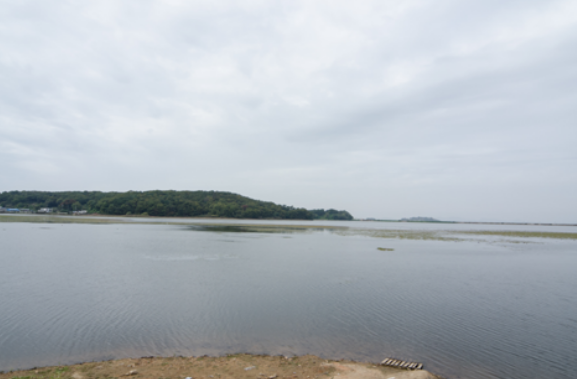 The moment you step into the village of Gyodongdo Island, you immediately sense that time is 'buried' there. Most of the residents are refugees from North Korea during the Korean War (1950 – 1953). Gyodong Daeryong Market, the main market of the island, looks like a real filming location of a historical drama.
Old posters are still on the walls, advocating "Let's catch rats" and "Let's have only two kids and raise them well." Murals on the walls of houses depict a grandmother feeding noodles to her grandkid and a middle-aged man making puffed rice in front of excited children who may be living somewhere in big cities now. The village is populated mostly by seniors in their 70's and beyond. 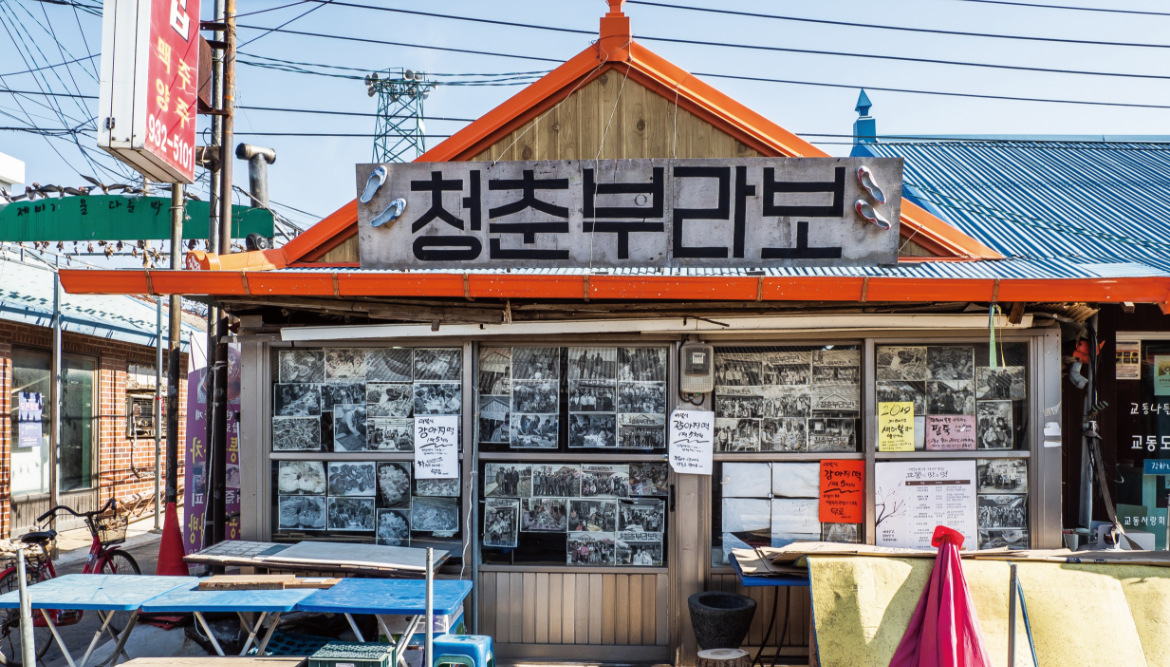 Alleys are barely wide enough for a couple of adults standing side-by-side. The market is smaller than any ordinary village market in Korea. Yet look carefully. Each alley is nostalgic. Store signs there have not changed for decades. They use many words that are no longer in use elsewhere, including 'mijangwon' for a hairdresser's, 'sanghwe' for a convenience store (like in Ganghwa Sanghwe), 'dambae & japhwa' for cigarettes and general merchandise (a combination of two words no longer seen) and 'dabang' for a cafe (like in Jeil Dabang). Overall, the market makes visitor feel the warmth that they never find in urban centers. 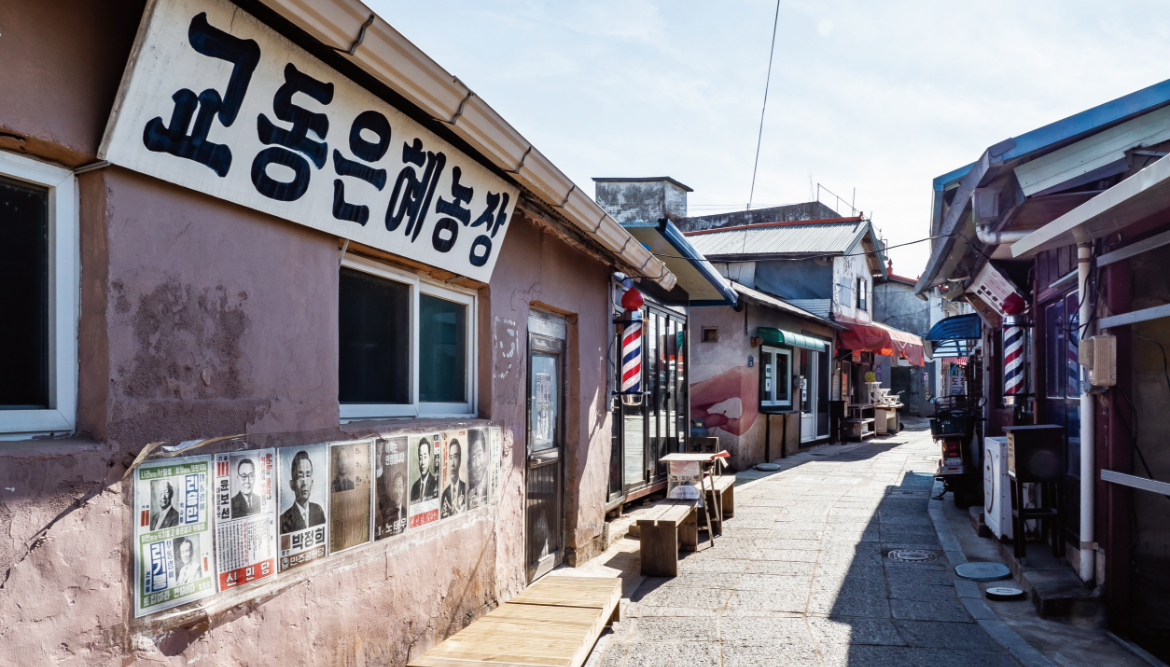 The best observation point in Gyodongdo Island is the summit of Hwagaesan Mountain. Start hiking in the morning. You can see the entire Yeonbaek Plain below your feet. In the afternoon you can also see Yeonbaek Plain in Hwanghae-do of North Korea if the weather is clear. Beyond a beacon fire station is the mountain peak where a pavilion is set up. Enjoy the view of the archipelago in the West Sea, including Seongmodo Island, Boreumdo Island and Jumundo Island from the pavilion. 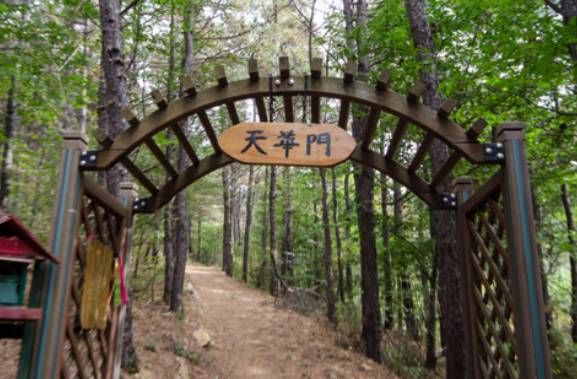 When you are done taking a hike, drive as far north as possible across a plain. You will find the Insari Manghyangdae which is visited by a host of Korean War refugees from North Korea who would like to see their hometown at the closest point possible in South Korea. Their hometown and separated families are in the land just across the water, yet only migrating birds can fly over easily. 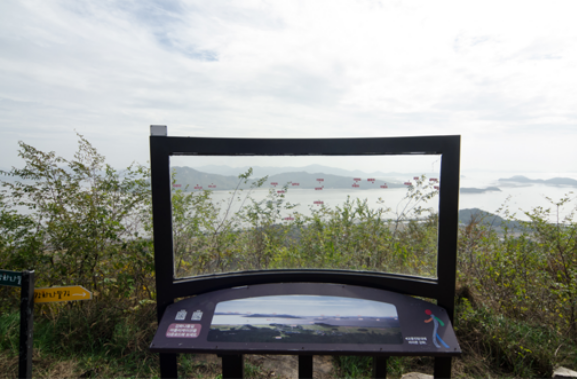 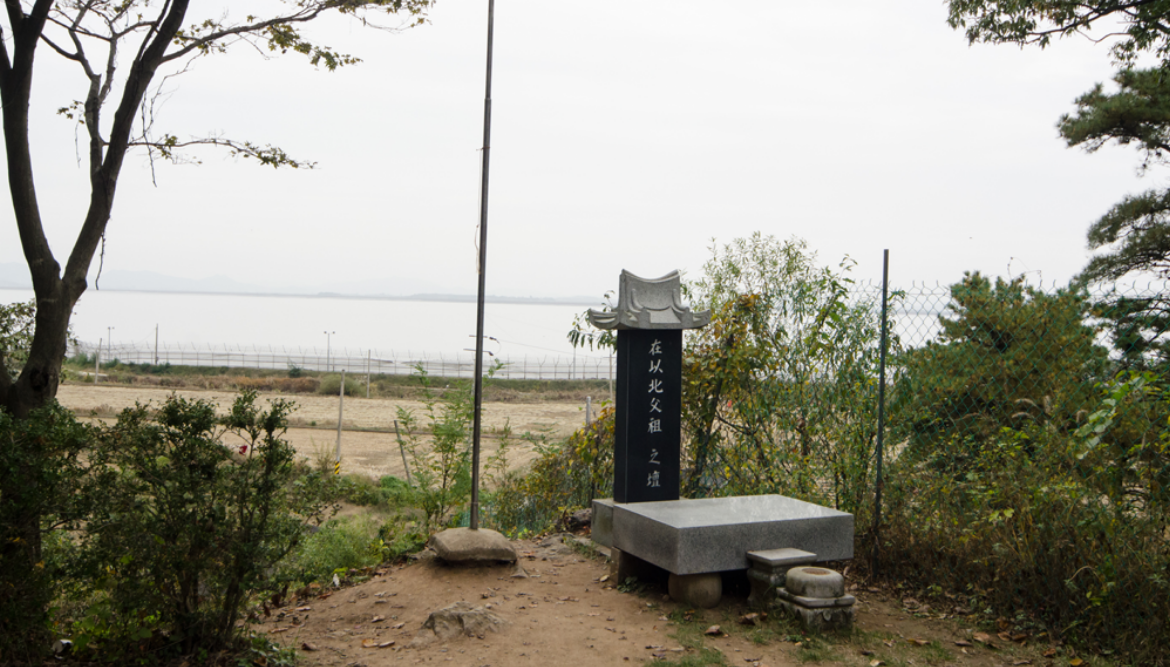 At the foot of the mountain, visit Gyodongeupseong Fortress built to defend the West Sea and then move on to Gyodonghyanggyo, a government-run provincial Confucian school during the Goryeo and Joseon Dynasties, which in fact is Korea's first hyanggyo. There is a tiny mineral spring beside the stone wall of the hyanggyo, whose students are known to have liked to drink from because of a rumor that the water would clear their head and make them excel academically. Why not trust the rumor and try your luck? 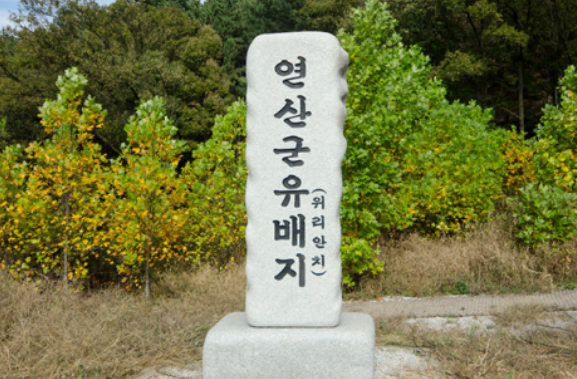