Ganghwa Story Tour
Ganghwado Island is well-known for its beautiful scenery around the year, but it is also a top tourist attraction which keeps long history. There are many must-stops that you learned through text- or history-books.
Ganghwado Island, a place full of must-see and must-eat! If you wonder where to begin, let’s meet this special tour first. 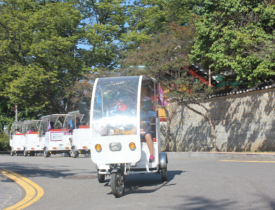 The program called “Ganghwa Story Tour” is a tour program to visit historic relics along Goryeogung fortress path with riding eco-friendly bikes.
Visitors will look around Goryeogung Palace Sites, Ganghwahyanggyo Confucian School, Yongheunggung Palace, the old site of Yeonmudang, which are located inside Ganghwaeup fortress. It will be a good opportunity for visitors to learn and experience the history about the sites.

Compared to automobiles, the bikes have an advantage to visit places at leisure. Unlike normal bikes, it looks like a golf cart-style bike which comfortably accommodates two adults. 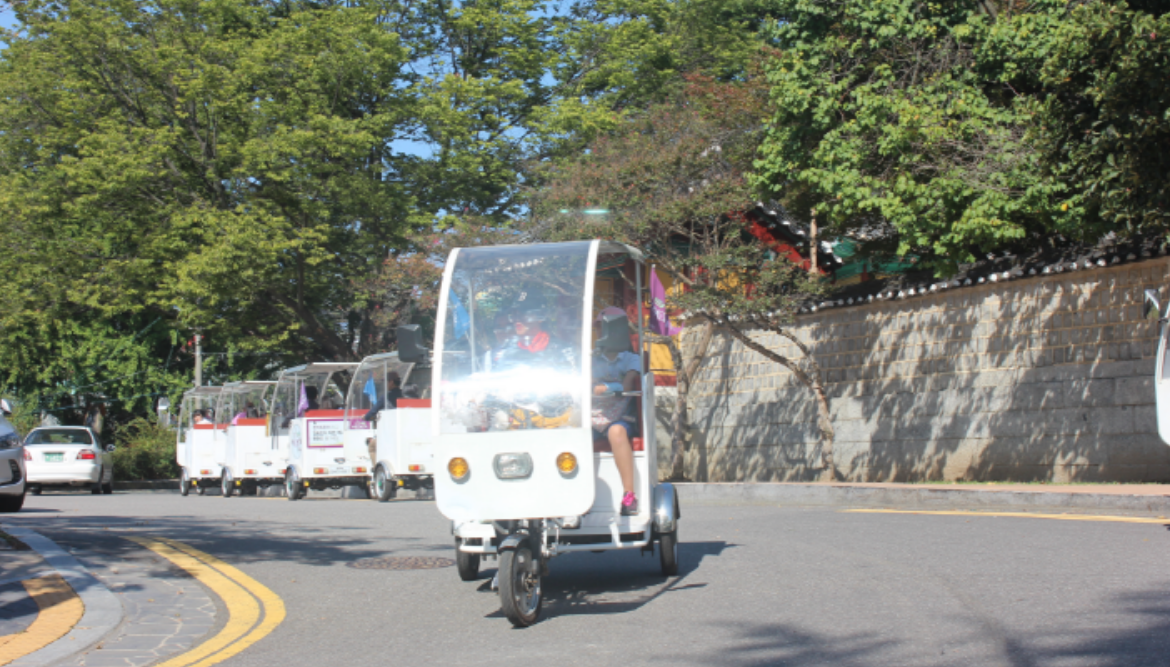 The tour begins from Yongheung Palace Park, and its first destination is “Ganghwa Anglican Church.” It was consecrated in 1900 by Ko Yohan, the First Bishop of the Church. The construction was undergone under the supervision of Dopyunsu (a master builder of palaces). The establishment is characterized by Korean construction style on the outside while the interior is applied to Basilica style. That generates unique and harmonious atmosphere. According to records, trees in Baeckdusan Mountain were transported for lumber and a head carpenter and a mason from China were employed. That well reflects how the importance of this building is. 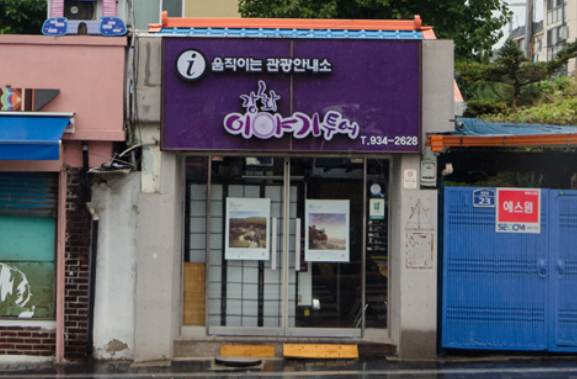 Looking close, you will find a cross on taegeuk (the Great Ultimate) symbol on rafters under roof-tiles. That shows a fact that Anglican Church respects Korea’s tradition and thought. 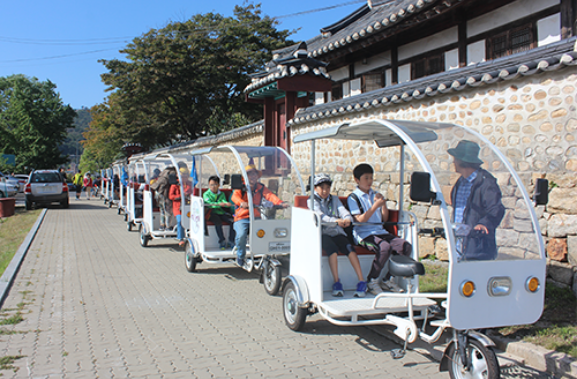 The next stop is “Yongheunggung Palace.” It is a palace where King Cheoljong, the 25th King of Joseon Dynasty used to live before his ascension to throne at the age of 10. King Cheoljong did not succeed the throne as a crown price, so the building where he lived is called Jamjeo. Originally it was a thatched house. Later, they reconstructed a tile-roofed house on the enlarged site. 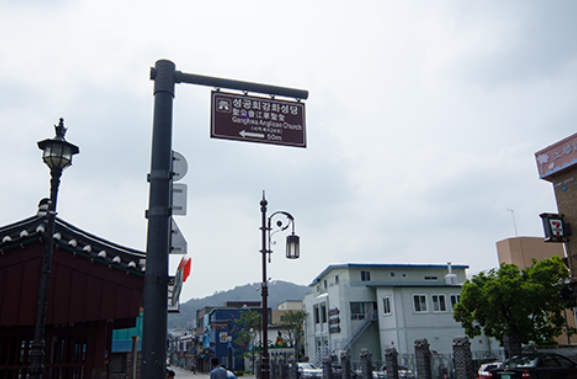 The architecture features a paljak (traditional half-hipped roof) and supporting columns rendered in Jusimpo style, the column brackets placed on top of the columns. Within the precincts of the palace are a memorial stone and monument indicating that this is the old home of King Cheoljong. 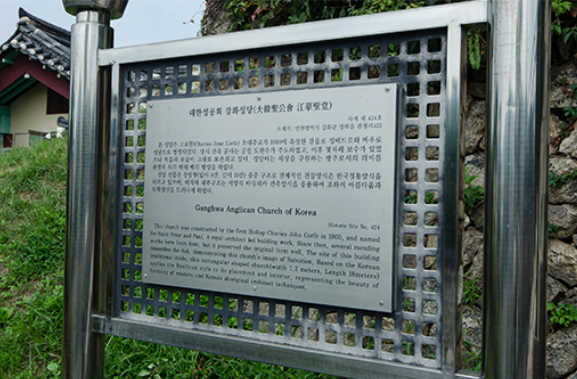 King Cheoljong used to gather firewoods in his young. The palace’s simple and innocent atmosphere, it comes to mind that Cheoljong might want to lead a life of a country man rather than being a King. 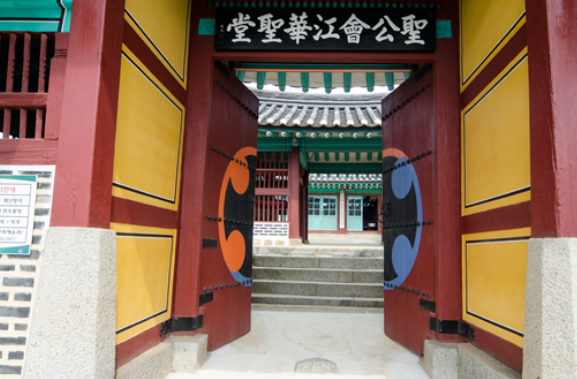 The next stop is Gangwhasanseong East door.” 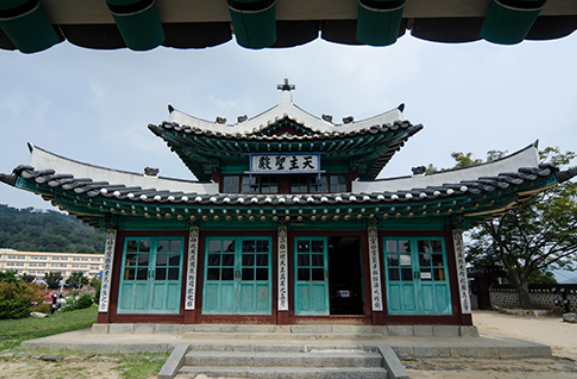 It was built in 1232 of Goryeo Dynasty to fight back against Mongols’ invasion. The fortress originally had interior, central, and exterior walls and four main gates in the wall - to the east, Manghanru; the west, Cheomhwaru; the south, Anparu; and the north, Jinsongru. Manghanru means “seeing the Hanyang, then-capital.” A painting of a tiger is on top of the east gate. Manghanru was destroyed during Sinmiyangyo (Amreican campaing against Joseon) and restored in 2004. 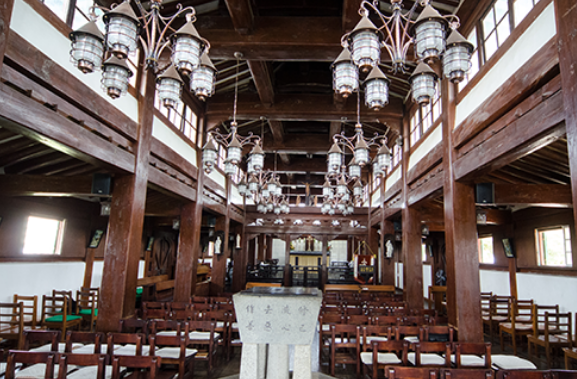 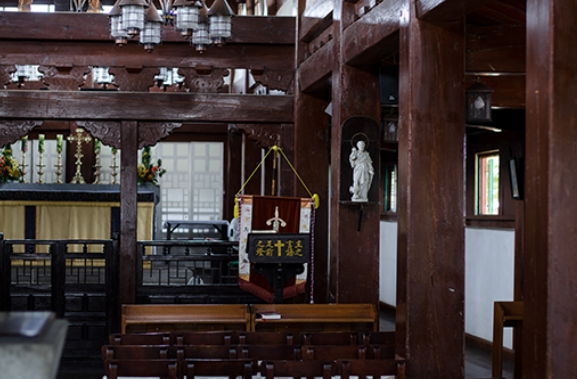 Goryeo Dynasty transferred its capital to Ganghwa to resist the Mongolian invasion of 39 years. The site is the royal palace of the Dynasty. Entering into friendly relationships with Mongo, the Dynasty was asked to destroy all of the palaces and fortresses. The structures that remain were restored during the Joseon Dynasty.