'Tour of Traditional Incheon Markets' Full of Affection and Freebies
What is it that you can find only in traditional Korean markets, not in mega supermarkets or department stores? A bunch of freebies and extras that merchants give out of kindness. Let us immerse ourselves in the attraction of traditional markets, big and small, in Incheon, where you can expect a lot to watch and enjoy besides your shopping chores. 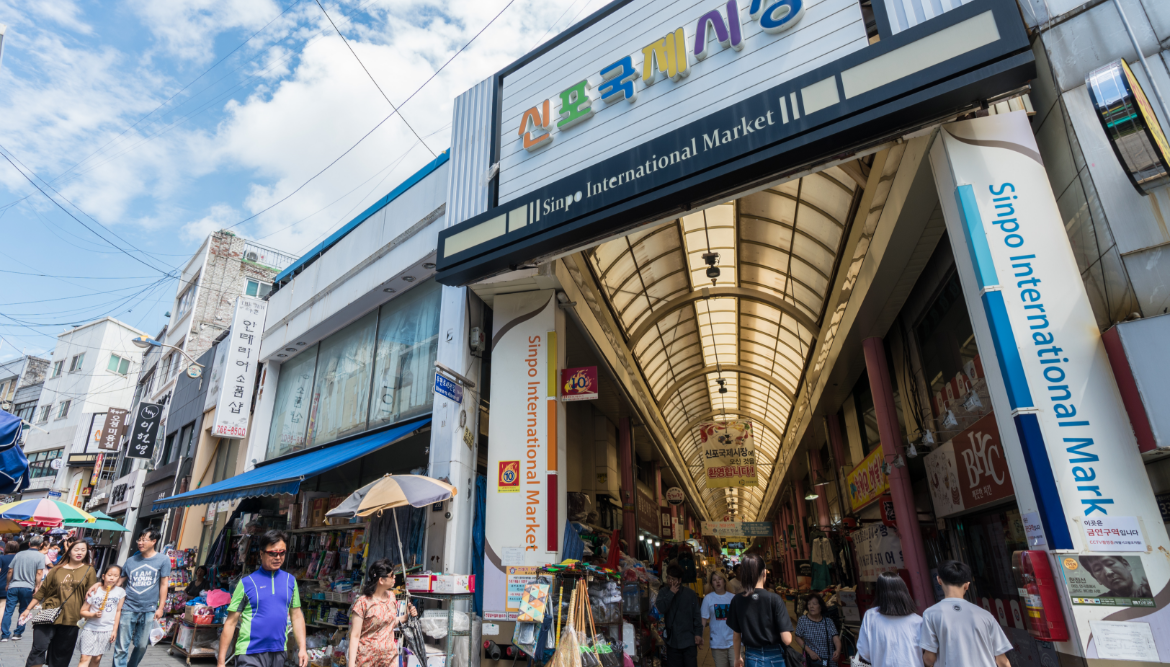 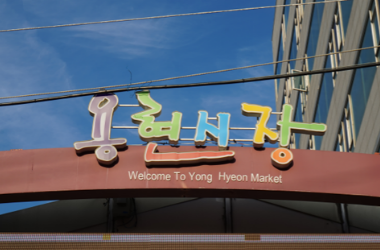 First, let us visit Singi Market in Nam-gu, Incheon, which many foreign tourists visit. You can do anything in the market with Singitongbo (coins available only in Singi Market).
Singi Market houses more than 150 stores ranging from fruit/vegetable shops to flour mills to butcheries. The market does not look different from other traditional markets in Korea, but it uses different 'currency.' Every foreign tourist visiting Singi Market has copper coins called Singitongbo in their hands. The reason is that the market offers every foreign visitor six coins, with each being worth KRW 500, for free. The coin works just like a gift certificate available only in the market. 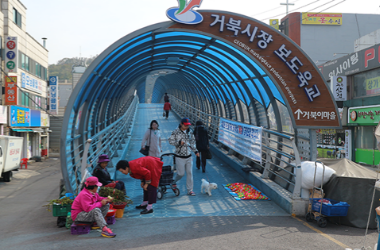 The idea came from Sangpyeongtongbo, the currency of the Joseon Dynasty (1392-1910). At first, the coin was used by preschoolers and elementary school students in the neighborhood for their first-hand experience of traditional markets. It has now become the market's popular item captivating foreign visitors. The merchant association has also launched key rings and mobile phone charms made with Singitongbo.
As an increase in the number of foreign visitors becomes evident, the market runs Traditional Cultural Experience Center so that foreign tourists can experience the traditional Korean culture. Transfer passengers of the Incheon International Airport and cruise passengers of Incheon Port began to visit the market to have first-hand experience of the Korean heritage. The visit to Singi Market was included in one of the official transfer tour courses offered by the Incheon International Airport in the beginning of 2015. It has now become a tourist attraction for many foreign tourists. 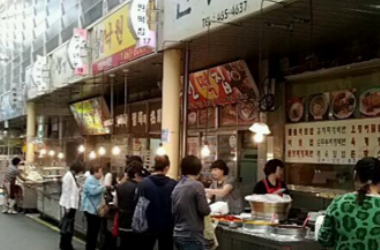 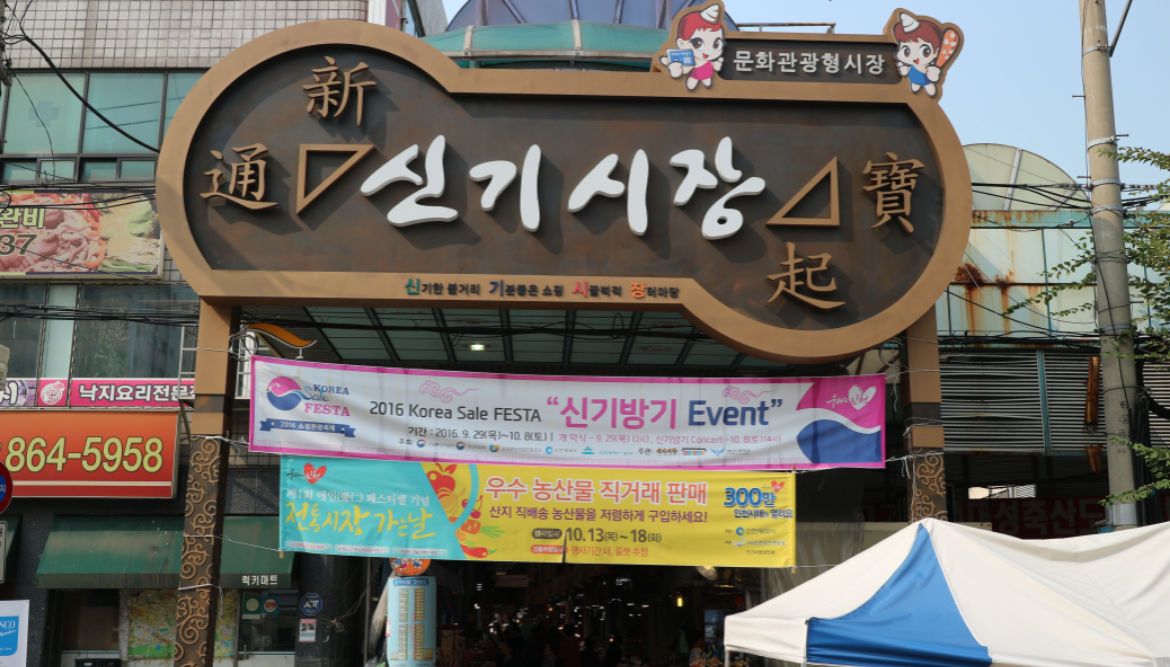 Location: 6, Singi-gil 58beon-gil, Nam-gu, Incheon
Tel : 032-865-5424
Sinpo International Market, which opened around 100 years ago along with the opening of Incheon Port, offers 100 kinds of taste. Sinpo International Market is particularly well known for its eateries. The most popular foods include glazed fried chicken bites, puffy bread, and many more. The thought of visiting Sinpo, the most representative traditional Korean market, makes everyone happy. 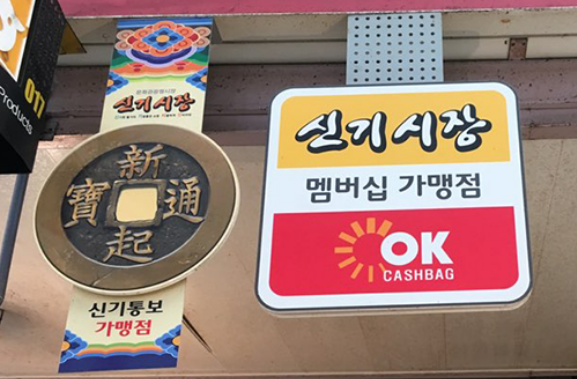 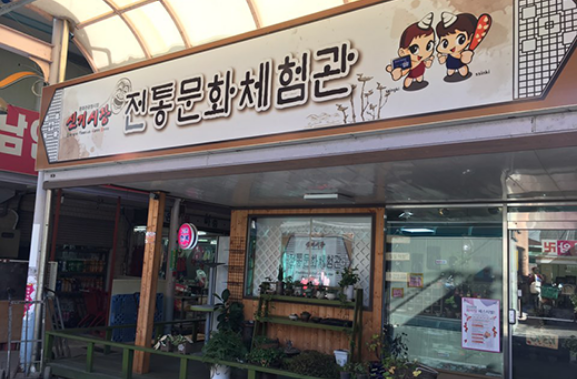 Sinpo International Market opened its door at the end of the 19th century. Jeong Hong-taek , a merchant, and his brother ran a fish stall for the first time in the market. The market specialized in selling vegetables including onions and carrots imported from China for quite a while and was once called a vegetable market. Then in 1905, Japanese merchants also opened fish stalls in the market, competing with the Jeong's store.
http://sinpomarket.com
Location: 11-5, Uhyeon-ro 49-beon-gil, Jung-gu, Incheon
Tel : 032-764-0407~8 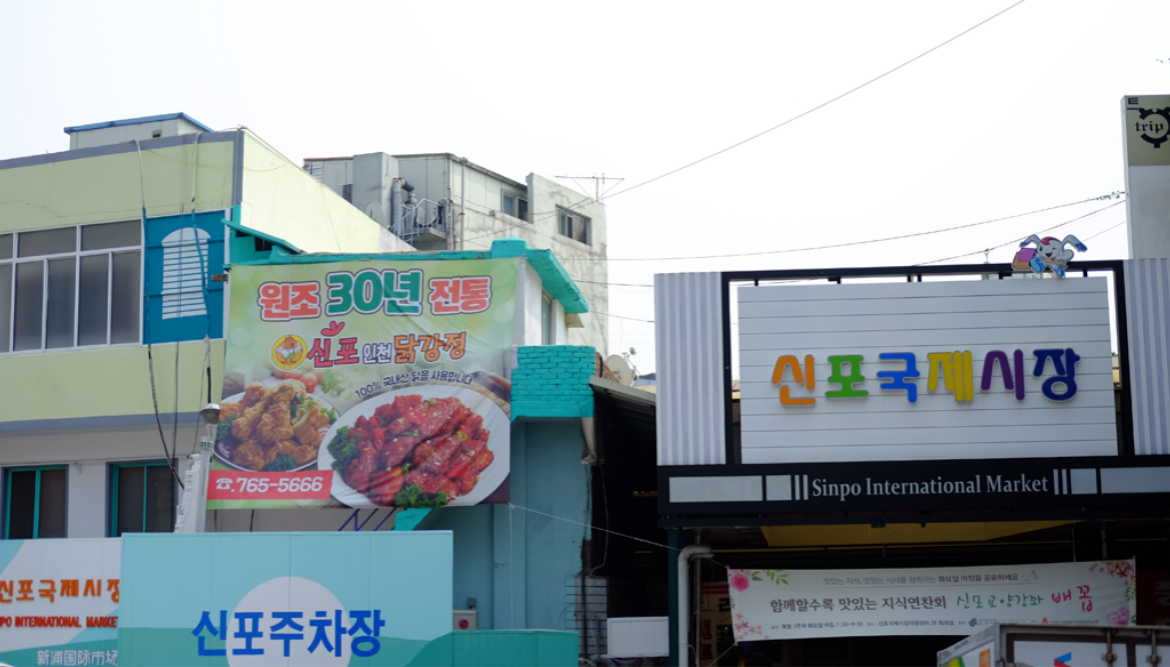 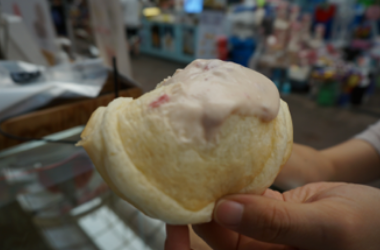 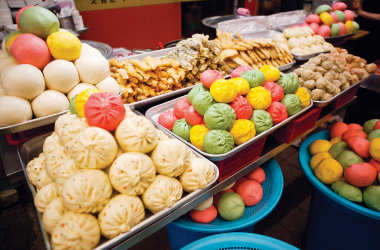 Every Tuesday and Thursday, a crowd gathers in front of Masil Cafe in Yonghyeon Market. Why? A total of 25 artists stage a series of performances including a fashion show, band performances, surprise concerts, calligraphy and sharing events.

In addition, several youngsters early in their twenties get dressed in the costumes of servants, noblemen and female artists from the Joseon Dynasty (1392-1910) and go around the market to please merchants and visitors. Those evangelicals for happiness are all part-time college students selected on a monthly basis. Five university students selected greatly contribute to energizing the market twice a week. They volunteer to carry customers' bags. They sometimes massage merchants' backs, too. You can also meet the mascots of Yonghyeon Market called Marayong, Borayong and Norayong. 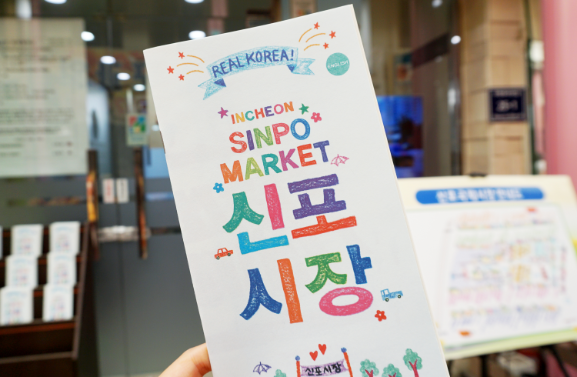 On one side of the market is the Yonghyeon Market Music Box where an announcer reads special stories written by merchants and customers and play requested songs between two and four in the afternoon.

Come down to Yonghyeon Market and enjoy yourself with lots of special performances and arrangement that the traditional market offers you.
Location: 57-1, Yongsam-gil, Nam-gu, Incheon (Yonghyeon-dong)
Parking: Use public parking behind Yonghyeon-3-dong Community Service Center 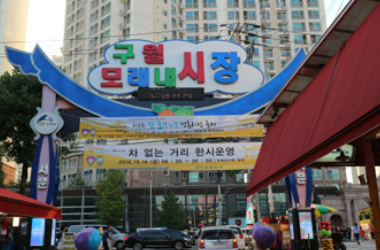 Incheon Geobuk Market opened its doors in 1984. Many stores in the market including a public bath, a pharmacy and various eateries have the word geobuk (meaning a turtle in English) in their store names. It is indicative of the merchants' particularly strong pride in the market.

​ ​Singeobuk Market was named right before the 1988 Seoul Olympics as Geobuk Market expanded considerably. In line with a road expansion project in the neighborhood, street vendors in the area were encouraged to move their stalls to this less crowded area. As the city has grown rapidly, more people have flocked to the market, expanding the market size. In the beginning, Geobuk Market had around 50 stalls selling fruit, vegetables and clothing among others. As it expanded into Sin Geobuk Market, the market became so big that it was equipped with a public parking facility. Public transportation has also become much more convenient due to the completion of Incheon Subway Line 2 which runs a station near the market. 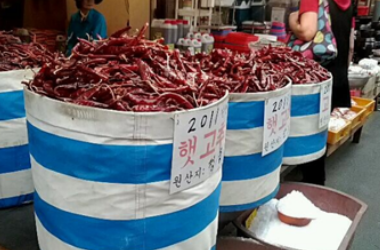 There are numerous wallet-friendly eateries in Geobuk Market. You can also feel what Korea was like some time ago in the market when you visit a seasoned flour mill run by a grandma, among many others. 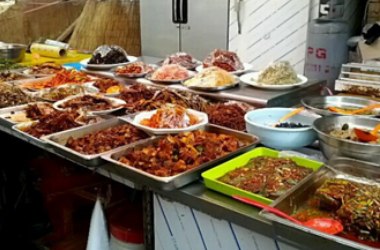 It is Ganghwa Folk Flea Market that has inherited the heritage of the historic Ganghwa Market. Ganghwa Folk Flea Market was found when Ganghwa Market moved into modern buildings. Merchants that could not get stores inside the buildings opened stalls around the market building.
Deep inside the market are stalls selling a great variety of Ganghwa’s regional specialties. The most popular item for tourists is definitely salted seafood. In fact, the market is always crowed with visitors who want to buy fresh, tasty salted seafood of large-eyed herring, shrimps and crabs among others.
Ganghwa Folk Flea Market is a regular market which is open 24/7. At the same time, it is also a five-day interval village market that opens on the day that ends with 2 and 7 (e.g., 12th and 17th) of each month The market is particularly full of energy on these village market days by people flocking there to feel the special sentiment that they can only find at a traditional market. If you want to see a whole variety of things that you can expect from a Korean traditional market, be sure to come down to Folk Flea Market on a village market day. 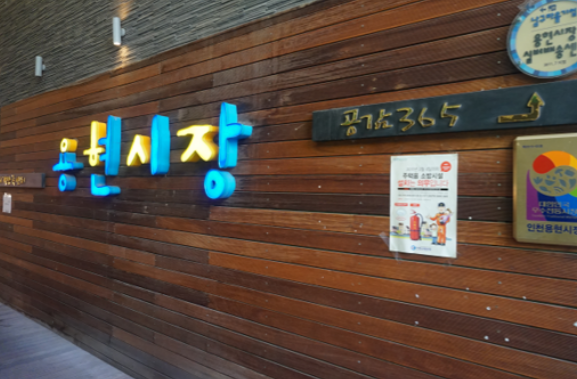 Once you are at a Korean market, you cannot skip the food section. There is a ton of eateries on the second floor of Ganghwa Folk Flea Market. They feature diverse menus including spicy large-eyed herring salad, grilled large-eyed herring, blood sausage and rice soup, and pigs' trotters. Here you can enjoy Korean dishes that the country's ordinary folks have relished for a long time at reasonable prices.