Car Camping in Incheon - Places to Feel the Nature- 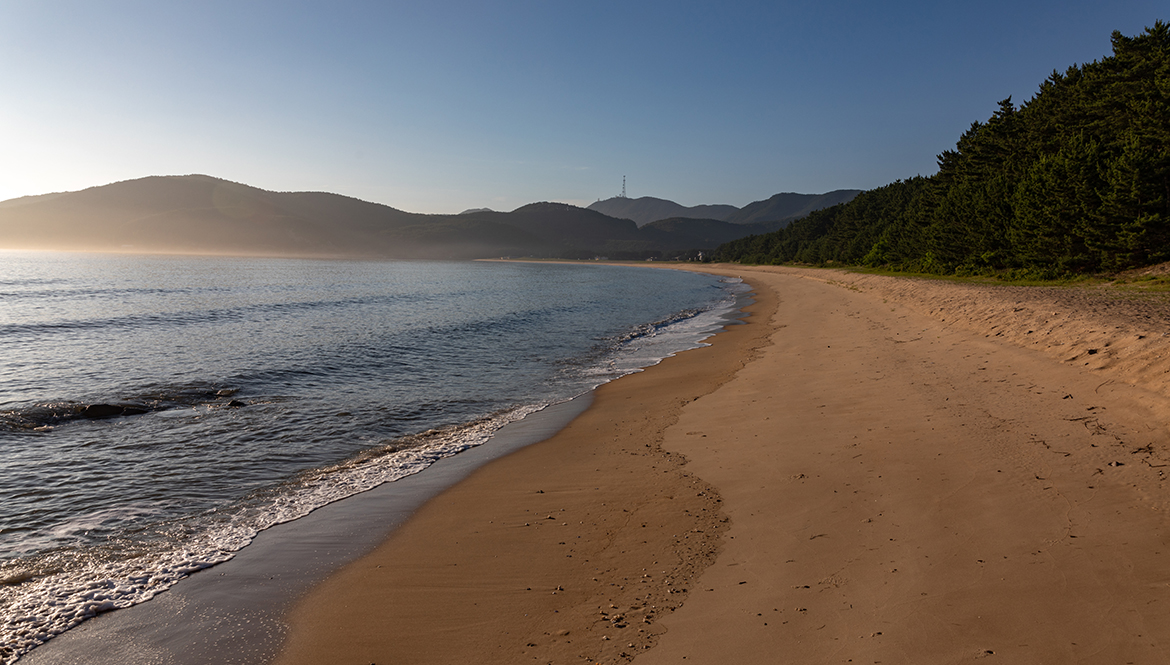 Seopori Auto Camping Site
Viewpoint: Seopori Beach
Located in Deokjeokdo Island, Seopori Beach has been selected as a national tourism area. Built with over 100-year-old cypress trees, the Seopori well-being walking trail has been attracting many tourists visiting to bask in the soothing forest every year. The sound of the waves crashing against the rocks of Deokjeokdo Island's Neungdong gravel yard is unique. It is also recommended to write a letter at the Jinrido Pier, as there is a slow mailbox that delivers it a year later. 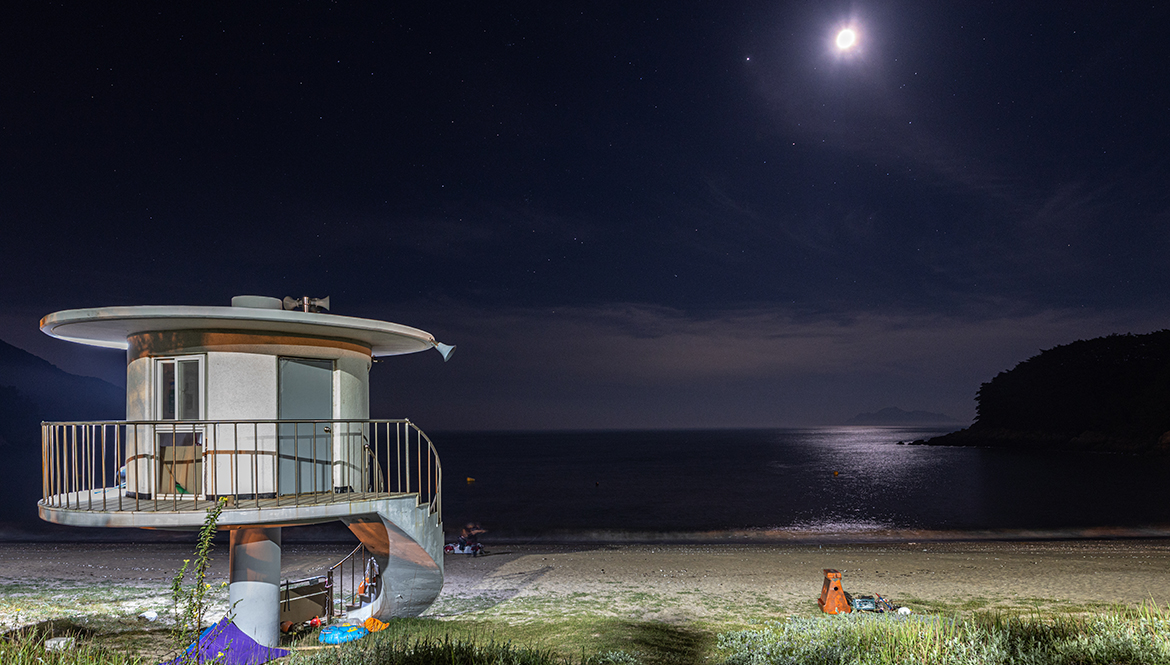 Tteppuri Beach
Viewpoint : Teppuri Beach
Soyado Island can be reached by car through Deokjeokdo and Yeondo Bridge, which opened in 2018. Tteppuri Beach in Soyado is a great place to take a break as it has a large grassy campsite and lush forest with basic amenities such as water supply facilities. Aside from that, there are other things to enjoy such as the evergreen forests and the nearby Juknogol Beach. 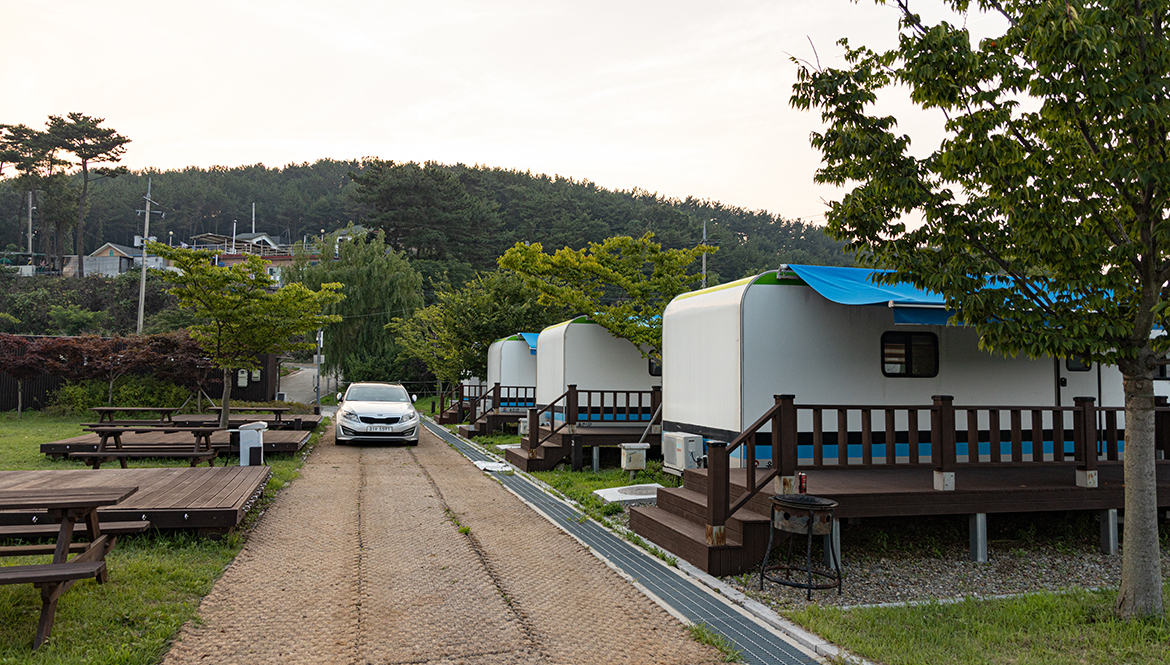 Seungbong Healing Campsite
Viewpoint: Bada Dulle-gil
Seungbong Healing Campsite in Seungbongdo Island is not made of soil but grass and wooden decks. There are various facilities in the campsite, and the management office sells island specialties. The bada dulle-gil, selected as one of the 10 best Ongjin Forest Roads, has a gentle slope which is good for light trekking. 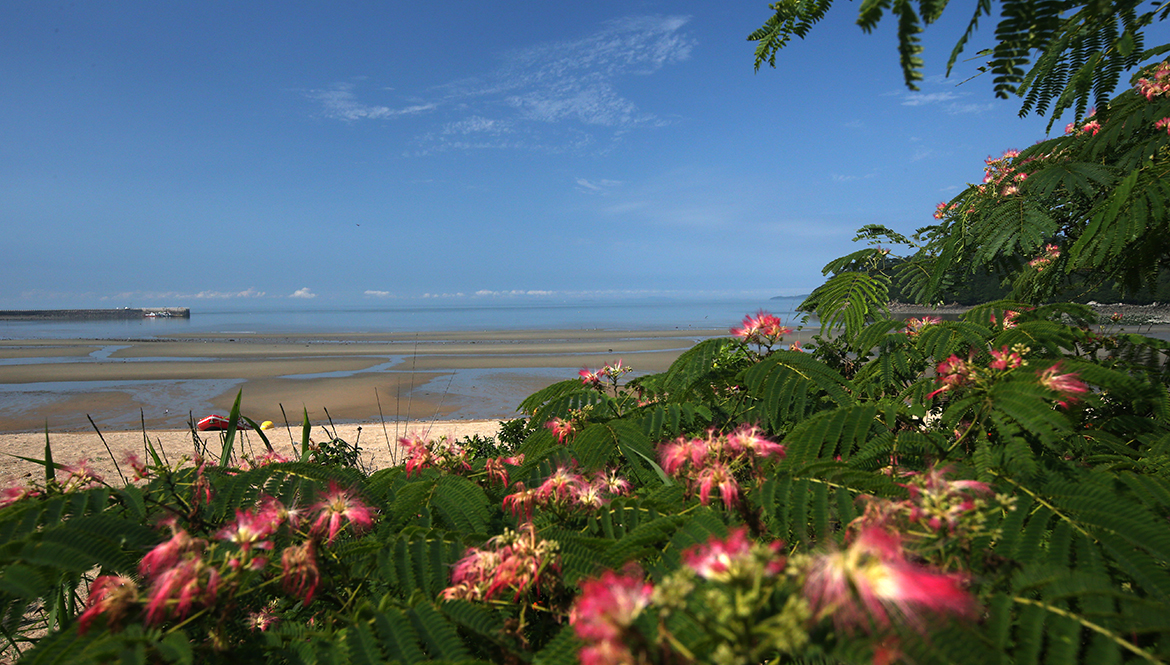 Beolan Beach
Viewpoint:Bada Dulle-gil
Beolan Beach is located on Soijakdo Island, which can be reached via Daeijakdo Island. It is a vast mudflat of about 200,000m2. Seafood such as clams is plentiful, the slope is gentle and the white sandy beach is wide. Also, Soijakdo is famous for mudflat fishing. At the end of the island on the left of the large village, you can also see Finger Rock(Songarakbawi Rock).
List