Newtro cafes in Incheon Open Port, the first source of coffee in Korea

Daebul Hotel in Jung-gu, Incheon, was the first modern hotel in Korea. It predates Sontag Hotel in Jeong-dong, Jung-gu, Seoul by 14 years, having opened its doors to guests in 1888. Because of its clientele, it mostly served western dishes, and that included coffee. The hotel is the progenitor of the many famous cafes located in today's Jung-gu, Incheon.

Built in the early 1890s, the building that houses Pot-R is one of the oldest buildings in Incheon's Open Port Street. The owner of the cafe purchased the building in 2011 and transformed it into a cafe after an extensive restoration work. Until just before the liberation of Korea in 1945, this building was used as an office and accommodation for freight handling companies in the port. It is designated as a Registered Cultural Heritage in recognition of its historical value. Indeed, the second and third floors of this three-story building still retain tatami (Japanese flooring mats). But Pot-R's claim to fame isn't limited to its historical building, for the cafe also serves a delightful bowl of sweet red bean porridge (danpatjuk) and shaved ice with red beans (patbingsu). For an even sweeter option, go for the Nagasaki-style castellas, which melt like snow on one's tongue. 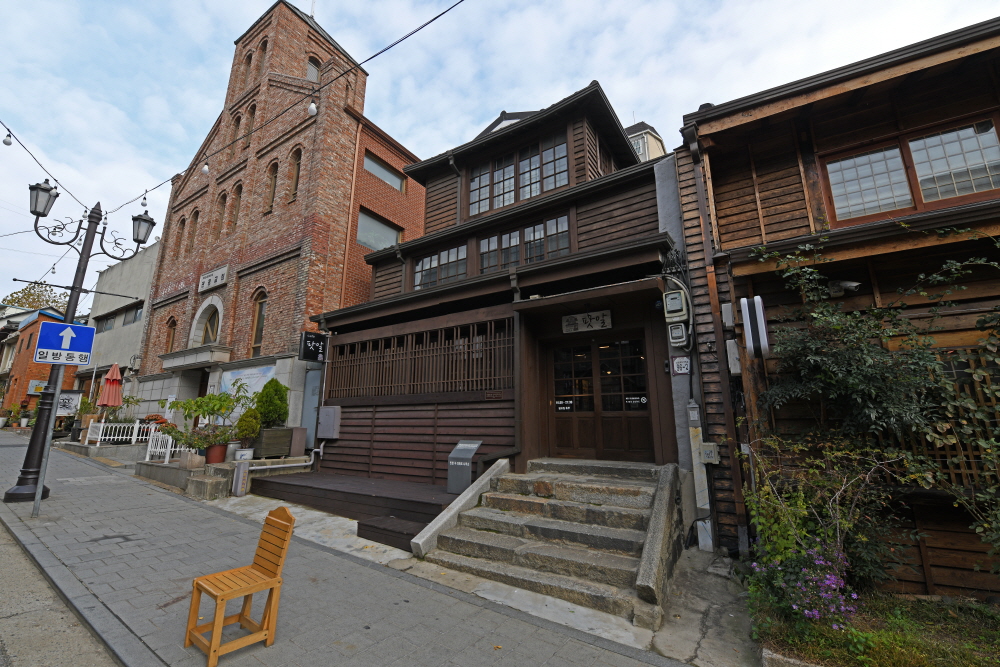 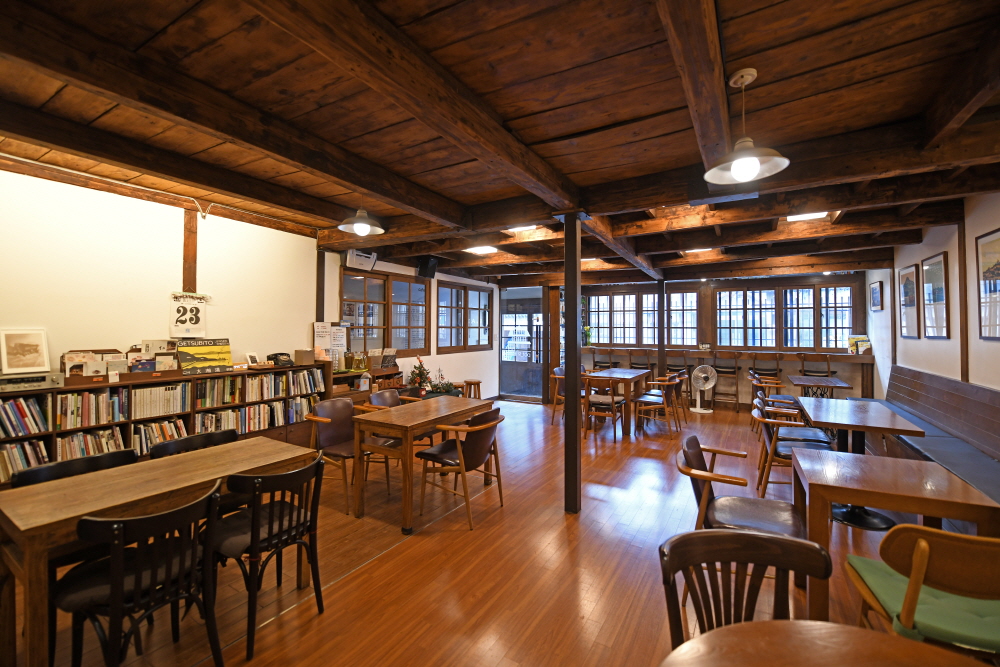 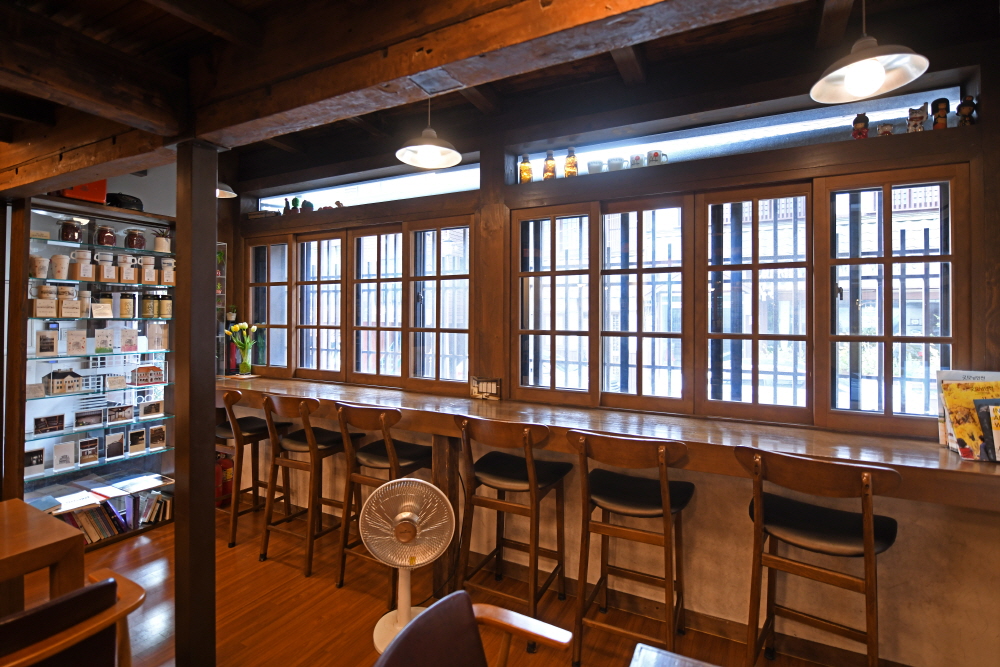 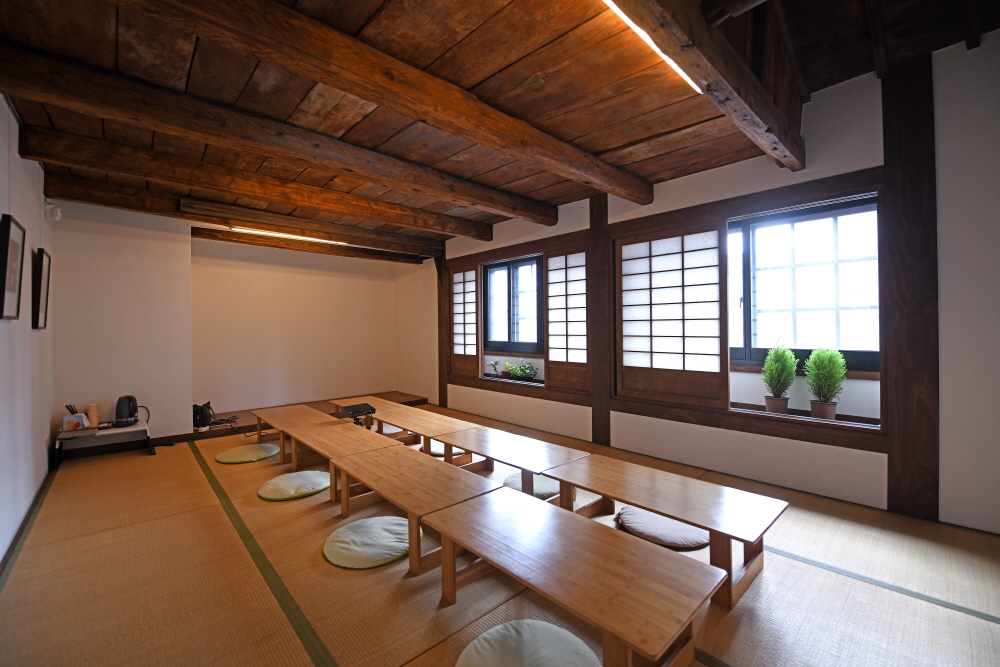 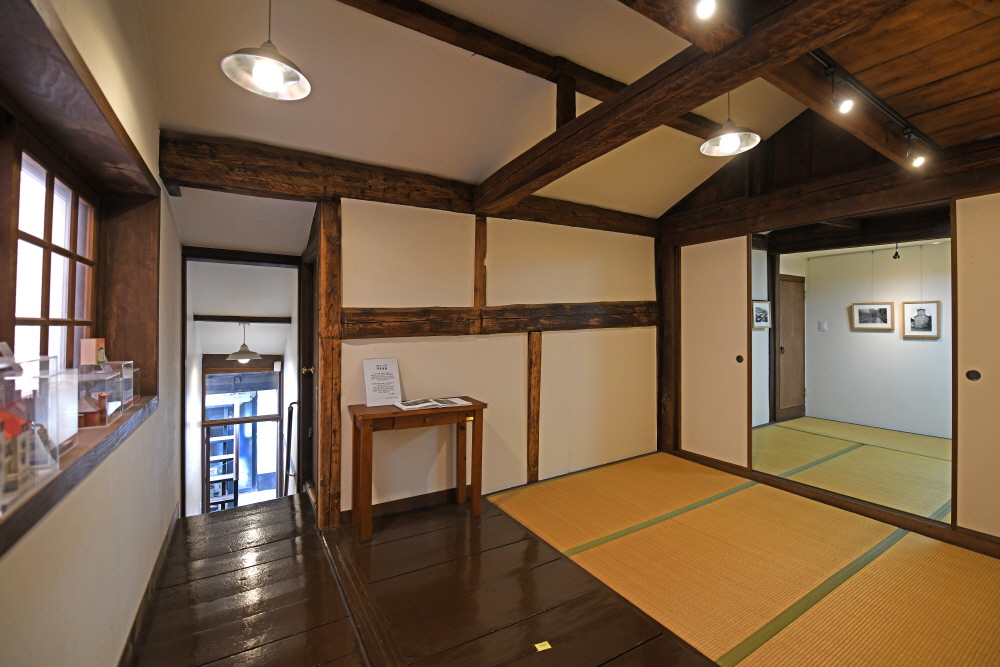 Brown Hands Gaehang-ro is a cafe built in a former hospital building that was in operation from the late 1960s to 2002. The building itself has been remodeled in a way that keeps its antique atmosphere, serving as a backdrop for a newtro-style decor complete with chic tables, chairs, and beautiful flower pots. This allowed the cafe to assume a similar, yet noticeably unique air across its four floors. It is impressive to find true antiques that are left from their old days, like old cabinets or chairs that used to be a part of the waiting room. The original signboard to the hospital, "Lee ENT Clinic," sits next to the first floor counter. The signature menus at Brown Hands Gaehang-ro are Americano and croffle with ice cream. 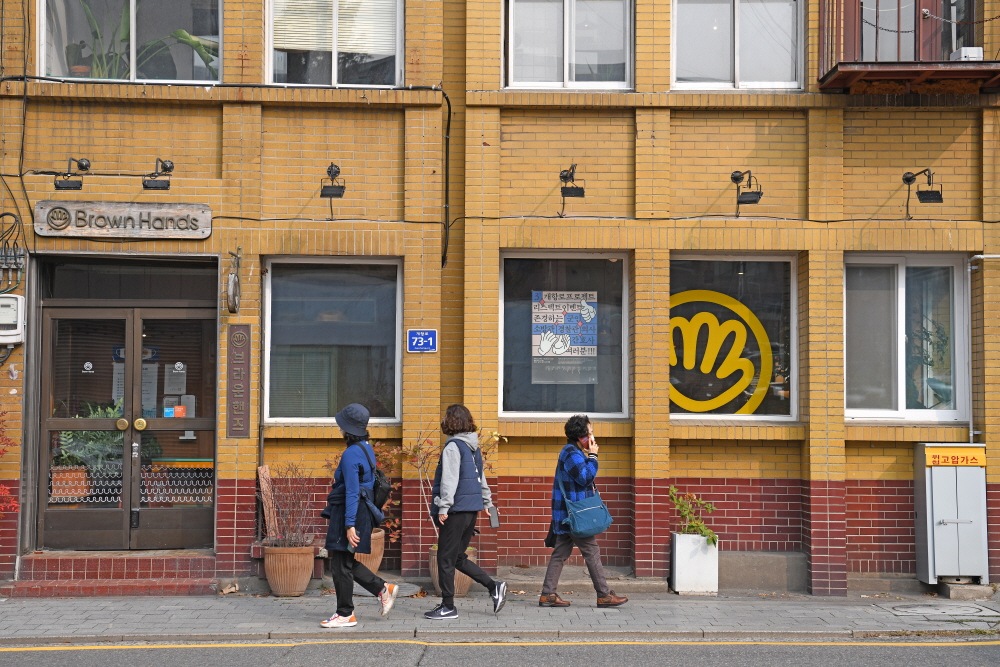 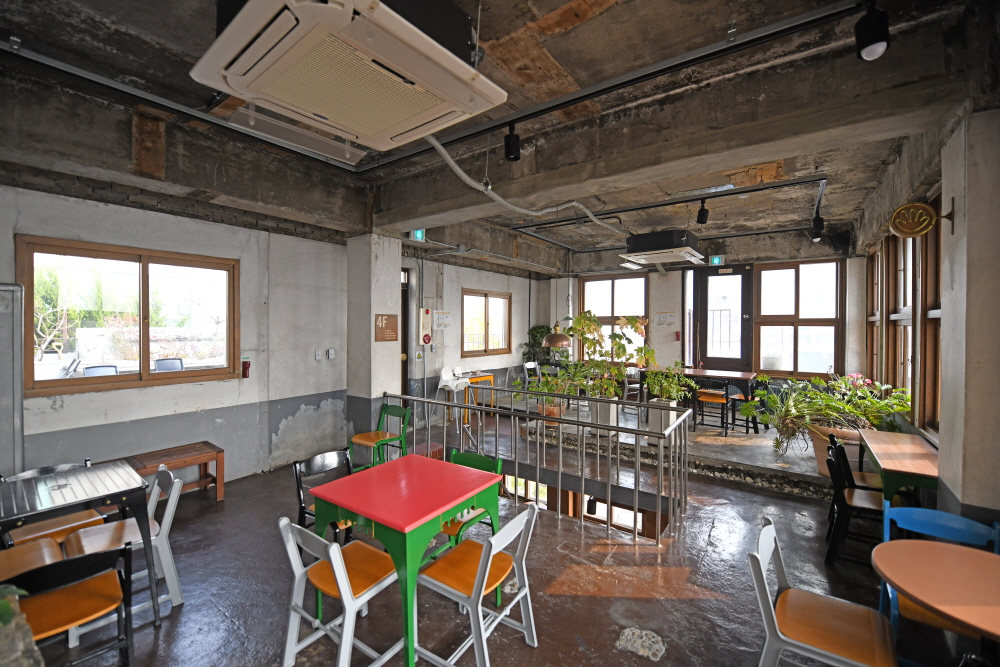 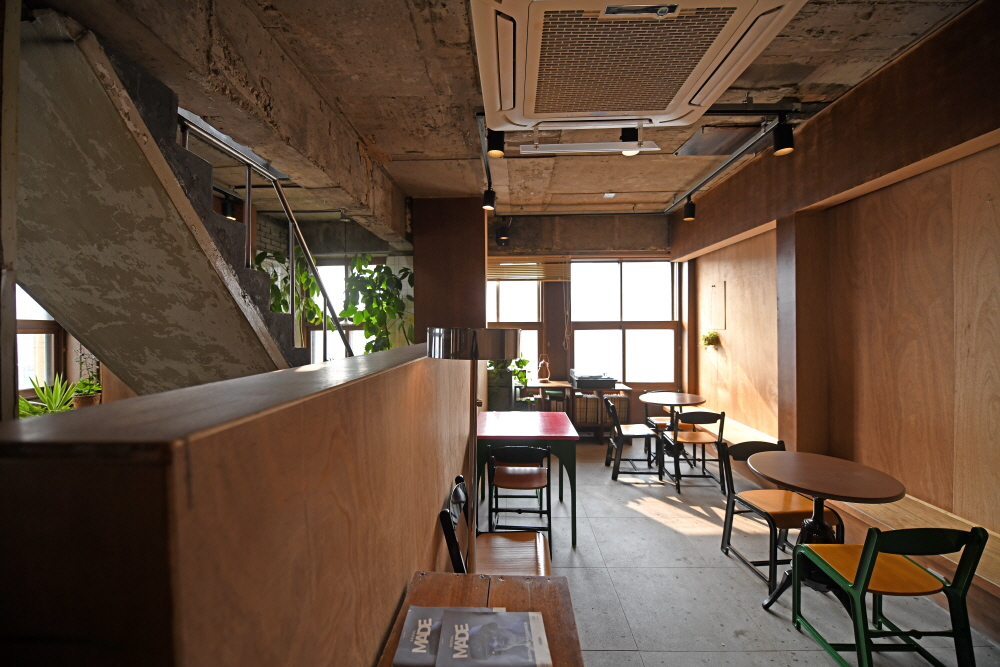 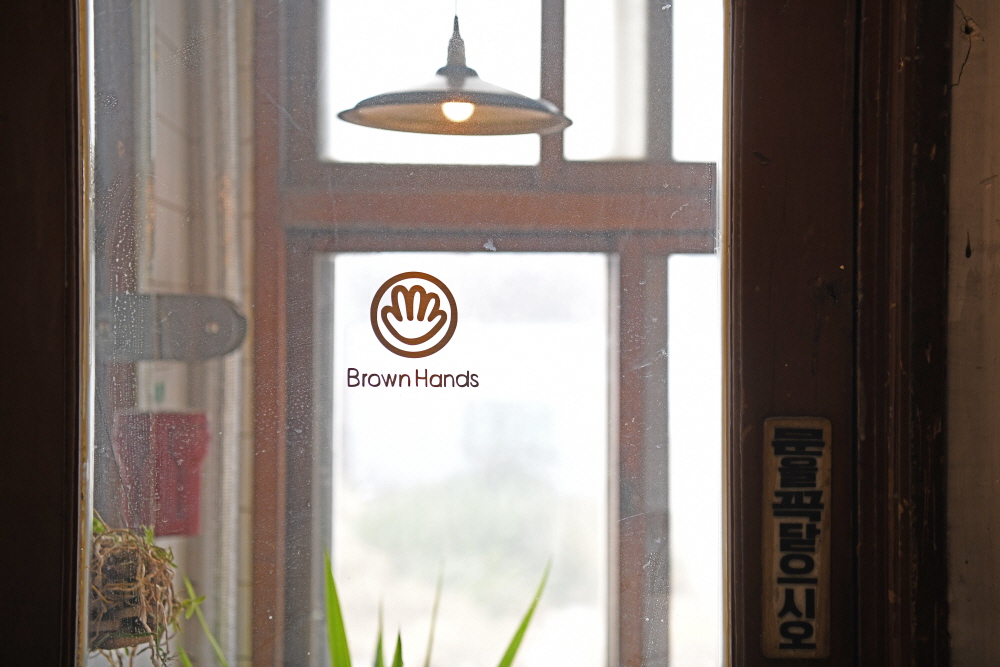 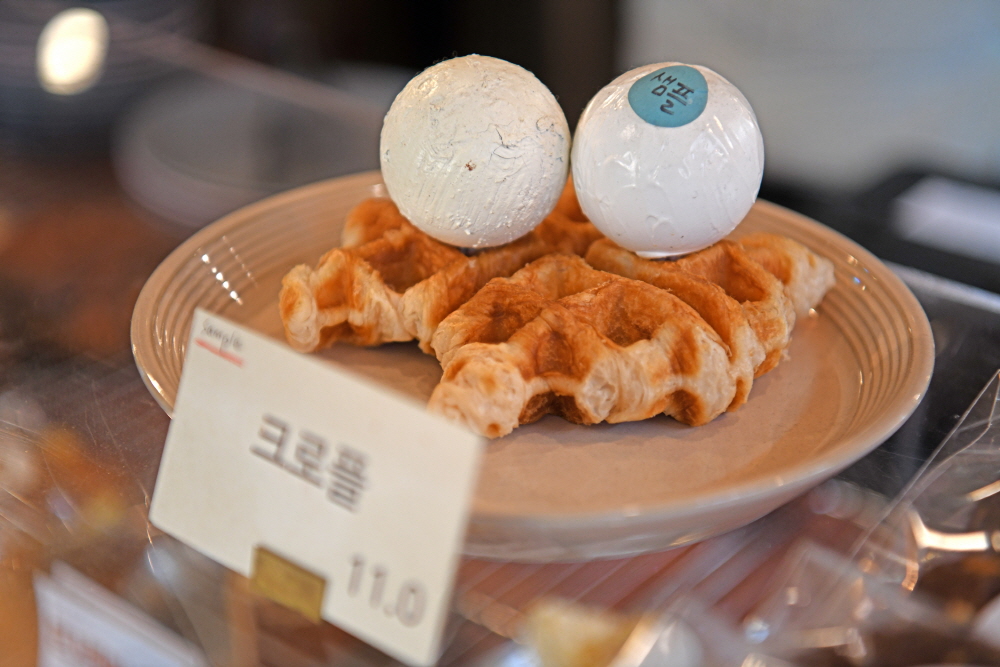 The Opening Port is a cafe situated in a hanok (traditional Korean house). Its old wooden door and dainty garden hearken back to the quintessential grandparents' place in an idyllic Korean childhood. What's more, its location in the middle of an old-fashioned neighborhood brings one back to the 1970s and the 1980s. The cafe building proper is a C-shaped hanok that wraps around its garden. The walls that face the garden are furnished as window walls, so the building appears to be much more expansive than its size. Its high ceiling with exposed wooden beams also imparts a unique charm to the building. Tables that face the window wall and the scenery of the neighborhood beyond have been featured in countless social media posts that made this cafe famous. Its signature menu is the old-fashioned castella, which are warm and fluffy like those from one's childhood, purchased from the old bakery in the market. 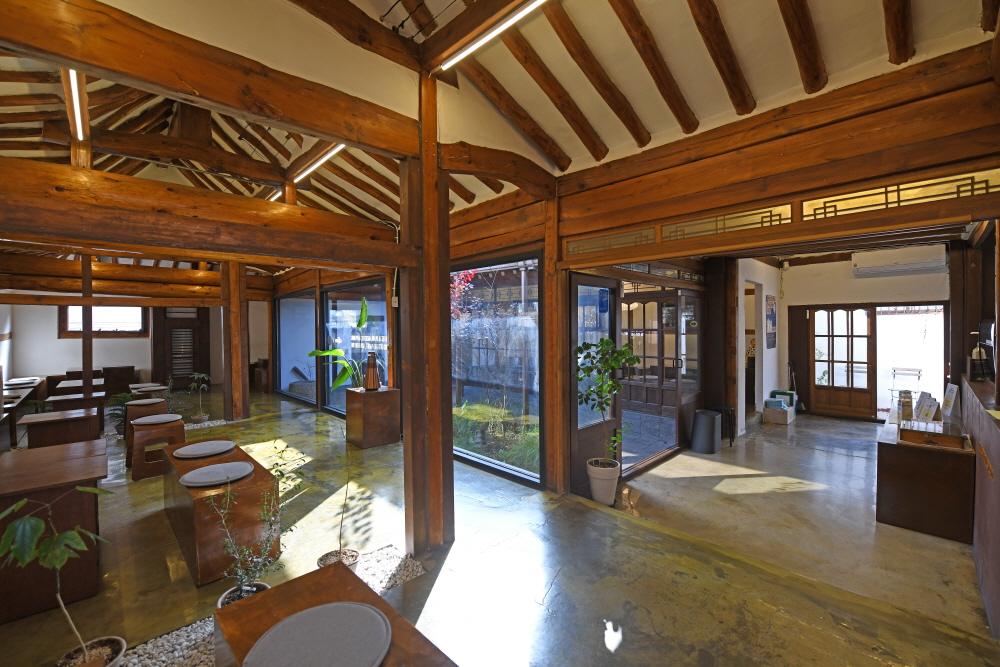 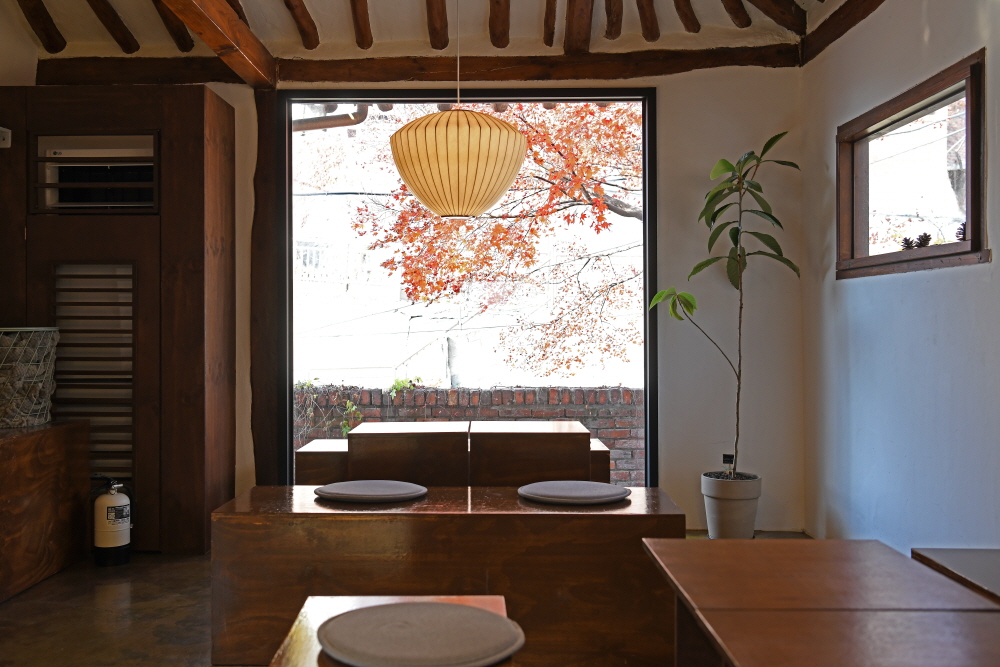 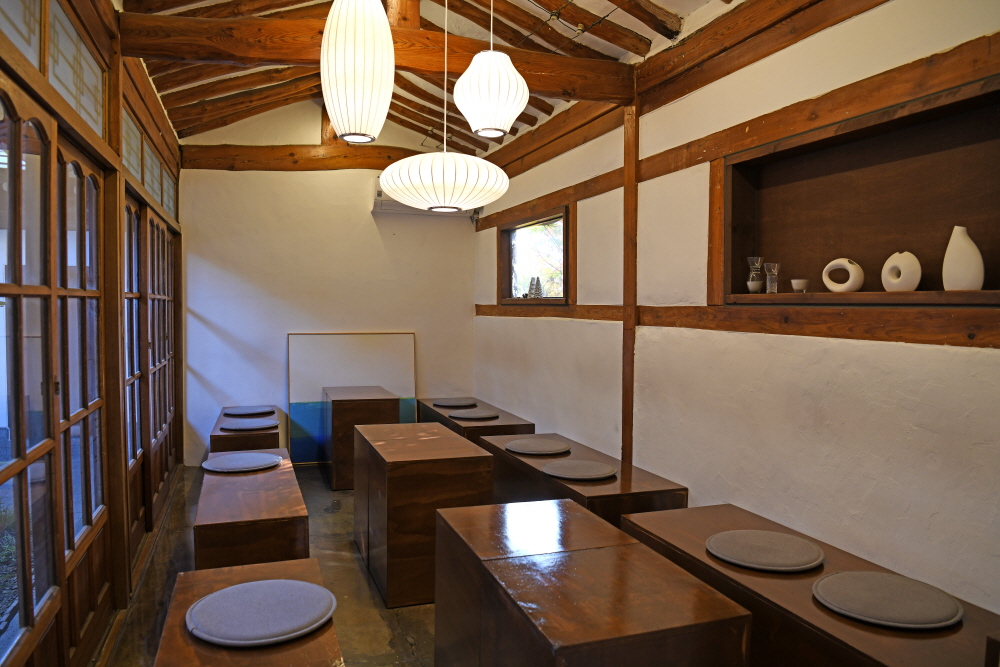 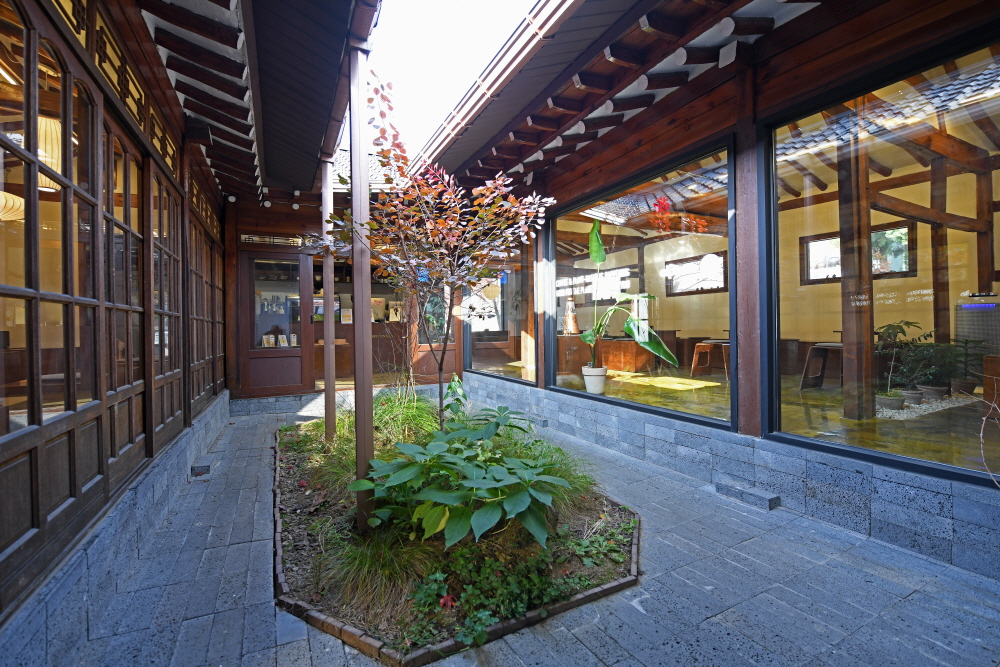 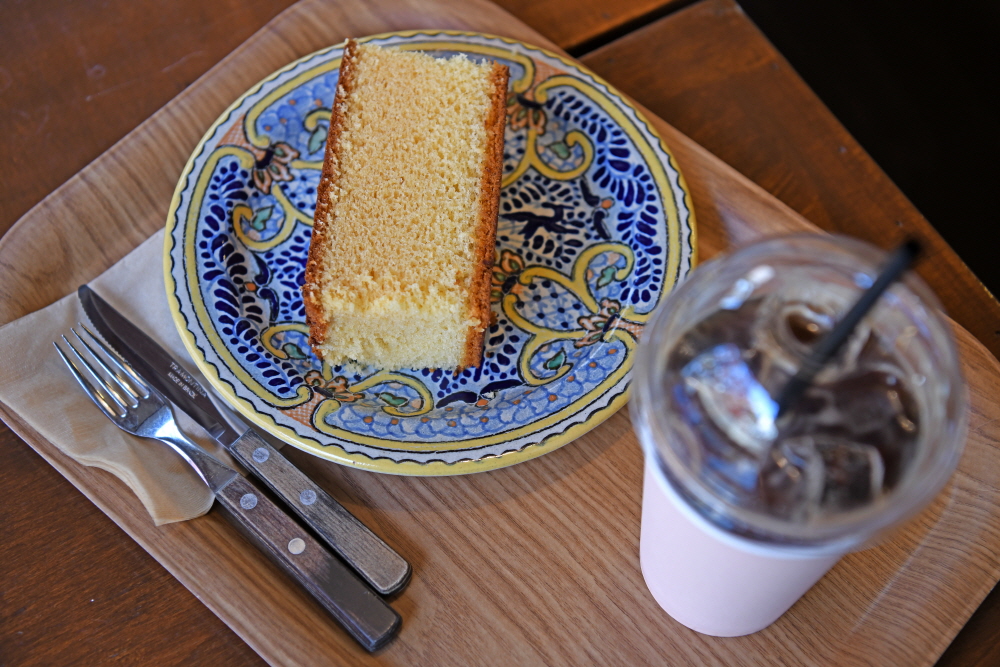 Ssarijae is both a cafe serving tea and music and a cultural space hosting book clubs and humanities lectures. Built in 1930, this is a typical example of a square-shaped hanok of the northern region of Gyeonggi-do Province. Its appearance today was realized with extensive remodeling in 2013. Its history of nearly 90 years can be also seen in the antiques that are nestled in the interior, like old LP vinyl, books, reed organ, and a gramophone. One can furthermore glimpse its 18-year history as a medical device store on the first floor of the cafe. Ssarijae is notable for only serving coffee made from Moka pot, not from a coffee machine. Another popular menu is the Café Misutgaru (roasted grain powder), which warms and fills one's stomach with its robust flavor. 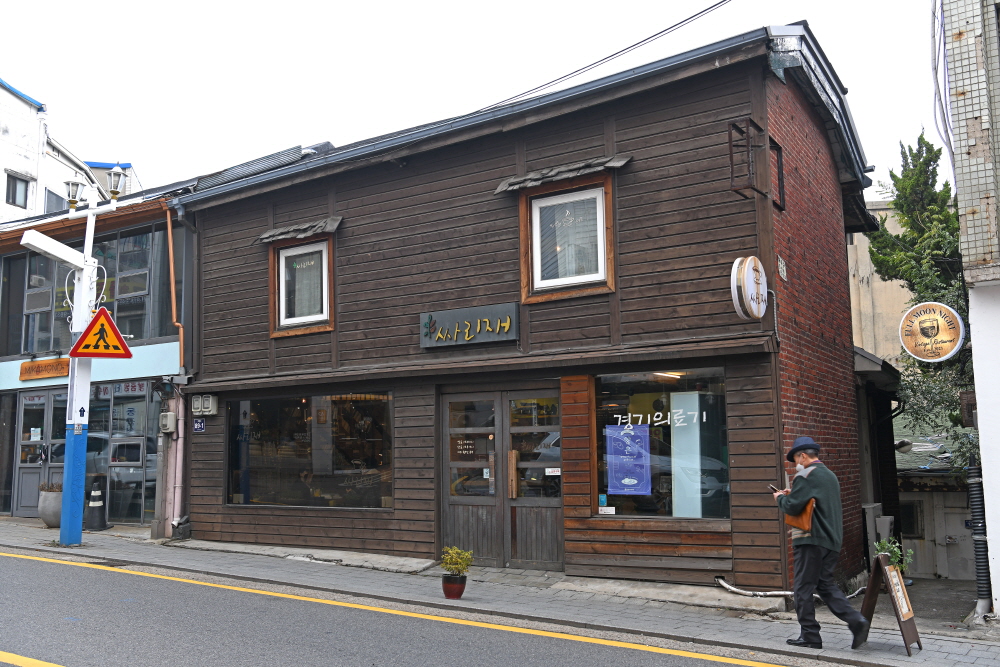 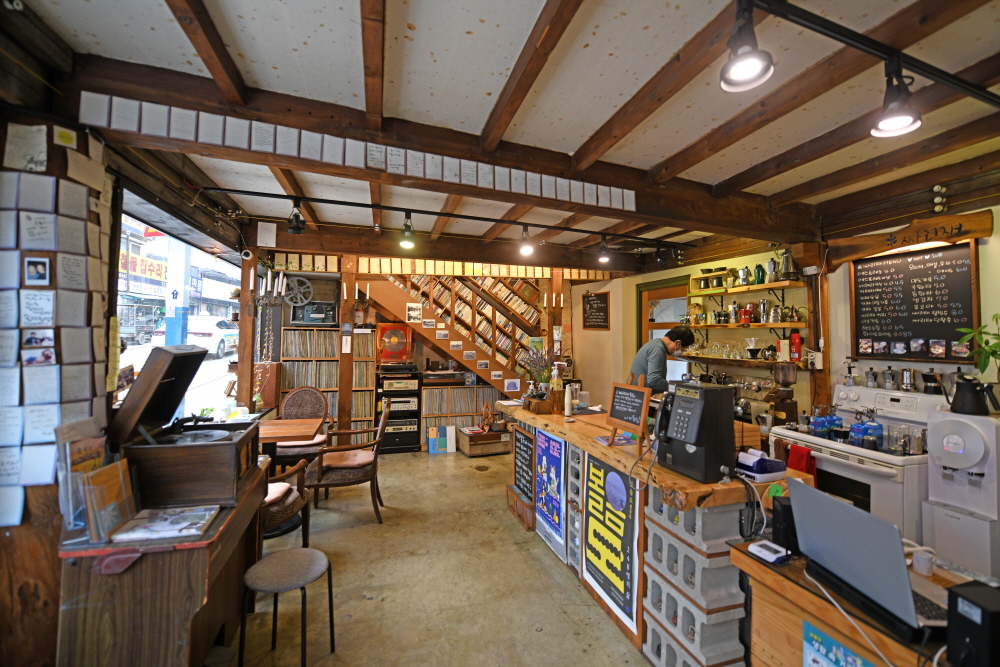 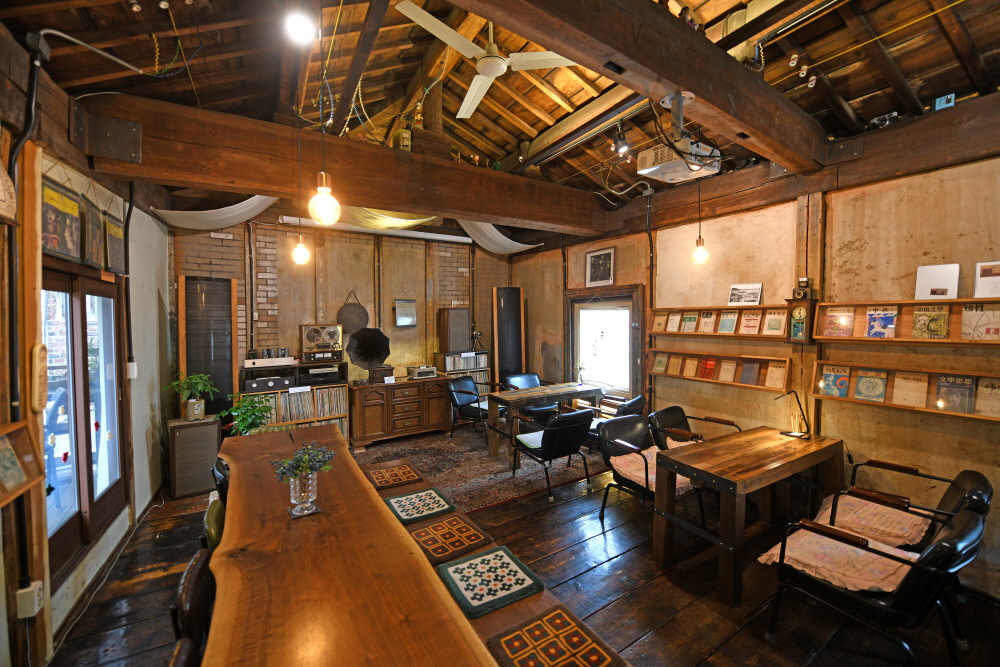 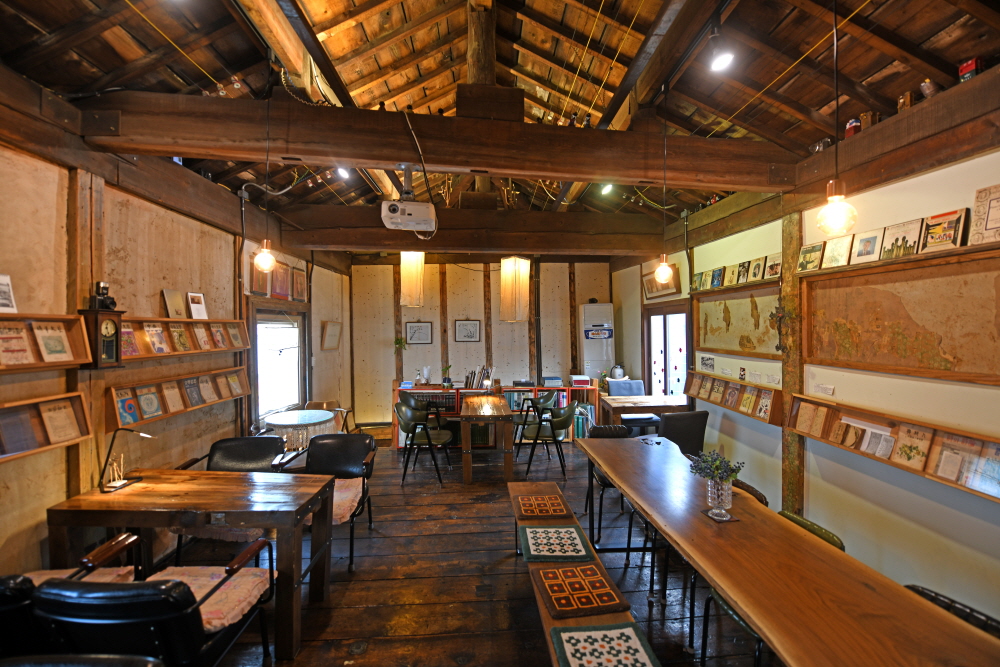 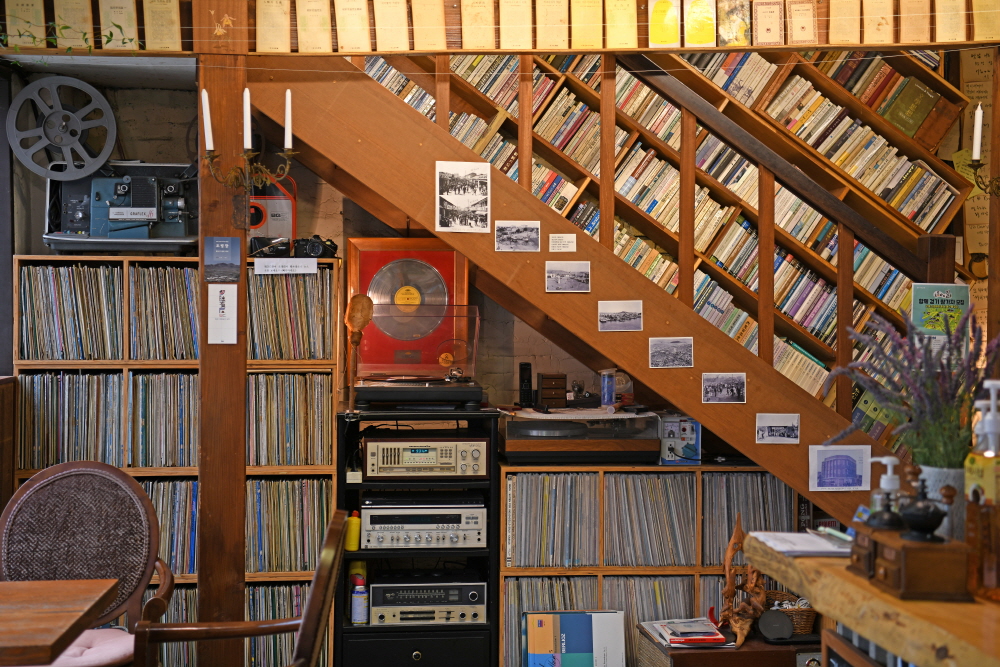